Mark Salling was found hanging from a tree in the area of the Los Angeles River in Sunland, California. He was pronounced dead at the age of 35

The autopsy report for Mark Salling has revealed new details about his suicide, six weeks after he died of asphyxia by hanging.

In documents obtained by E! News and then PEOPLE on Monday, the Los Angeles Coroner confirmed the actor’s blood alcohol concentration (BAC) was 0.095 percent, which is considered proof of intoxication under state law. Meanwhile, the toxicology report for Salling, who died on Jan. 30, showed there was no evidence of drug use.

PEOPLE previously confirmed Salling was found hanging from a tree in the area of the Los Angeles River in Sunland, California. He was pronounced dead at the age of 35.

Salling was found “hanging by a nylon rope which was tied to a branch a little over 6 feet above the ground,” TMZ reports, and “was wrapped around his neck five times.”

The coroner reportedly noted that Salling made a previous suicide attempt when he cut his wrists. “His wrist incisions were about 2.5 centimeters and 6.5 centimeters on each hand,” TMZ reports.

In his final hours, Salling was “last known to be alive watching television with his father, in the living room” on Jan. 29, according to the report obtained by E! At around midnight, his mother “woke up and noticed [Salling] and his vehicle were gone” and his roommate reportedly found his ankle monitor “down the street from the residence,” according to Entertainment Tonight, which also obtained the report.

Salling’s death came just over a month before he was to be sentenced to prison for possession of child pornography.

He was arrested in December 2015 after LAPD’s Internet Crimes Against Children unit obtained a search warrant for his home in Sunland. Federal investigators say they found more than 25,000 images and 600 videos depicting child pornography on computers and thumb drives that belonged to Salling. The content depicted children as young as 3 years old being abused, according to court documents.

Salling pleaded guilty to possession of child pornography involving a prepubescent minor in October 2017. After striking a plea deal in December, he was due to be sentenced in March and expected to serve four to seven years in prison.

In February, the child pornography case against Salling was officially dismissed.

A family source previously told PEOPLE that “it was clear [Salling] was dealing with demons” in the last few years of his life.

“The problem doesn’t live in the existence of demons or pain or sexual appetites that began to skew as time went on,” the source said. “The inherent problem is that he did not seek help or have someone close enough to him willing to call it out.” 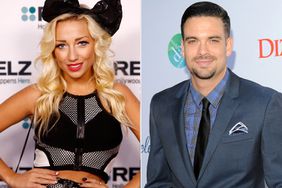