"They wanted her for 10 years," Carey's rep says of the gig, after Jackson took ill

Janet Jackson may be waylaid while recovering from the flu, but the show will go on – with Mariah Carrey.

Carey, 37, will replace Jackson on Saturday Night Live this weekend after Jackson, 41, fell ill Monday night. “They wanted her for 10 years,” says a rep for Carey. “It’s going to be hot!”

The Grammy-winning songbird will join host Jonah Hill for her first appearance on the show in more than a decade. Carey will perform tracks from her upcoming album E=MC2, which will be released April 15.
– Tiffany McGee 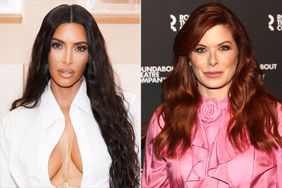