Maria Menounos Gets Married on Live TV! How She Pulled Off Her Big New Year's Eve Surprise

"This was just so perfect," Maria Menounos tells PEOPLE of her surprise wedding. "What a great way to end kind of a rough time and start 2018 married!"

Congratulations to Maria Menounos and her husband, Keven Undergaro!

The couple, who have been together for 20 years, got hitched on live TV in a major surprise just before midnight during Fox’s New Year’s Eve broadcast, which Menounos was co-hosting with Steve Harvey. Harvey officiated the wedding.

Menounos wore a Pronovias strapless lace “Randala”-designed gown with a matching lace detachable coat, while Undergaro opted for a Ralph Lauren tux. The two exchanged their own vows with rings by Jean Doussett while their parents, including Menounos’ mom, Litsa, who is battling stage-4 brain cancer, watched nearby.

The couple’s wedding planning was also whirlwind, as the bride and groom only had two weeks to plan everything—including finding the perfect dress. And it all started with a half-hearted suggestion from the show’s producer.

For more exclusive details and wedding photos of Menounos’ surprise wedding, pick up next week’s issue of PEOPLE, on newsstands Jan. 12

“When I started working on the Fox New Year’s Eve special, I sat with the producer to go over what we were planning,” Menounos tells PEOPLE exclusively. The producer mentioned that they hoped to incorporate a live wedding into the broadcast, with a TBD couple. “She said, ‘Unless you and Keven want to get married.’ And I was like, ‘Ha, ha, no.’ I was nervous but I got in the car and kept thinking about it and I was like, Wait, this really is kind of perfect.”

Menounos then mentioned the idea to Undergaro, via a text message, which unknowingly revealed a whole other “bombshell” that the groom already had in the works.

RELATED VIDEO: Why Maria Menounos Kept Her Brain Tumor a Secret from Her Parents Until Just Before Surgery

“So I get this text and little does she know that I’ve been talking to Beth Stern [and] Howard Stern for about a year, coming up with a date to do a surprise wedding on his show,” recalls Undergaro, who proposed to Menounos live on Howard Stern’s radio show in March 2016. “We had everything planned out. She sends me this text and I’m freezing, Now what do I do?”

With the New Year’s Eve wedding plan in place, the couple only shared the secret with a handful of friends and family —including Undergaro’s mother (“she wouldn’t have come otherwise!”).

“I really truly believe that it’s taken us this long [to get married] because of the pressures of putting a wedding together,” adds Menounos, who was diagnosed with a brain tumor last summer. “I’ve always wanted it to be super intimate and even though this is the opposite, we can only invite our immediate family, so the pressure of who to invite is gone. This was just so perfect.”

After the ceremony, the couple plan to host a small celebration back at their hotel and brunch the following morning with friends and family. “I’m excited to be able to call her my wife,” Undergaro says. “It’s been girlfriend for so long that it will be nice to finally, finally be able to say ‘my wife.'”

Now New York City “is going to be such a special place for us,” adds Menounos. “This was not something that would have ever crossed my mind. I just feel like God puts everything in our path.” 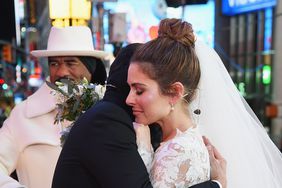 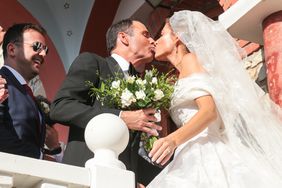 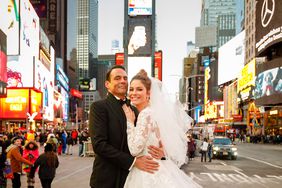 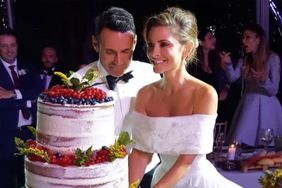 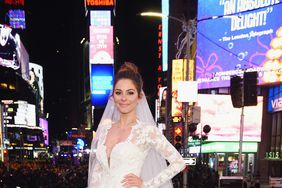 Maria Menounos on Her New Year's Eve Wedding Dress: 'It Took My Breath Away'