Mandy Moore Loves 'This Is Us' ' Jack & Rebecca Just as Much as We Do: 'I Believe in Their Connection'

Mandy Moore has fallen in love with the Pearson couple just as much as This Is Us audiences have.

Moore, who plays leading lady Rebecca Pearson on the hit NBC drama, dished about her love for her character’s marriage to Jack (Milo Ventimiglia) on Tuesday night at the 19th Costume Designers Guild Awards in Beverly Hills.

Although Sam Trammell is stirring up some trouble between the Pearson couple as Rebecca’s flirtatious bandmate Ben, Moore, 32, is confidant in their marriage.

“I don’t think that anyone can come between Jack and Rebecca. But, I understand that there has to be some bit of drama woven into a show like this and a story like this. And also, it’s just real life,” Moore told Access Hollywood. “But I believe in their connection. It’s so deep and so strong that nothing can really get in between them.”

The actress, who will continue to showcase her signing skills on the series, also revealed that her fans might see her tap back into the musical realm off-screen.

“I would love to get back to music! I have plenty to say and now that I have the platform with the show, which allows me to sort of dip my toe back into the musical waters out there,” Moore said. “I feel more inspired now than ever to sort of introduce myself back to the world, in a musical sense.”

Though Moore and Ventimiglia’s chemistry sizzles on-camera, fans won’t be seeing their love transition to real life, according to costar Chrissy Metz.

“They’re very happy in relationships in real life,” explained Metz, who added, “but you can watch TV and just pretend with all of us!” (Moore is dating musician Taylor Goldsmith.) 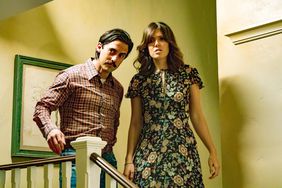 Milo Ventimiglia Who? Mandy Moore Shares Flashback Photo of 'the First Milo in My Life' 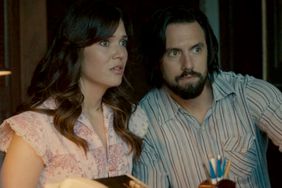 Does 'This Is Us' ' Chrissy Metz Think Mandy Moore & Milo Ventimiglia's Chemistry Would Sizzle Off Screen? 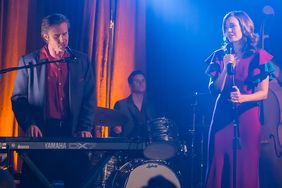