Ahead of the Mad Men series finale, Jon Hamm, January Jones and more remember their characters' most memorable scenes

As the series finale of Mad Men nears, fans have started tallying up the show’s most unforgettable scenes – moments both moving and motivational, not to mention shocking and occasionally shudder-inducing (it will be a long time before anyone forgets that lawn mower accident).

But what are the highlights (and lowlights) for the actors who have built the world of AMC’s hit series from the page up?

Below, cast members Jon Hamm, Kiernan Shipka, Elisabeth Moss and January Jones share some of their standout moments as their iconic characters.

“I don’t know if you could ever describe Don as comfortable, ever,” Hamm, 44, told PEOPLE in March. “I’ve certainly had a lot of awkward moments as Don Draper. There’s a lot of bad behavior. That’s not fun to play – and probably not fun to watch.” More specifically, the moment when Don’s teenage Sally (Shipka) catches him mid-affair with Sylvia Rosen (Linda Cardellini) makes Hamm feel icky: “Like, getting walked in on by your daughter while you’re having an affair with your downstairs neighbor is … not great.”

“The first time we ever see me as Sally, I walk into the room with this dry cleaning bag over my head,” Shipka says of the series’ second episode in 2007. “Betty tells me, ‘Oh my gosh, my clothes better not be on the floor.’ And it’s totally a safety hazard. There’s a bag over my head! She doesn’t care. And I roll my eyes . It’s sort of funny now to look at their scenes and their relationship, and [this is] their first real moment together that we see.”

One of Moss’ shadier moments was from the sixth episode of season 4 when her character Peggy was locked in a hotel room with her art director colleague, Stan Rizzo (Jay R. Ferguson): “We strip in the hotel room I had literally just met him,” she recalls. “It wasn’t supposed to be sexy or anything. It was supposed to be literally just taking clothes off and revealing the very normal things she was wearing underneath. You just met this person, and you’re taking your clothes off. It’s awful!” Adding to the awkwardness? “There are like 100 people [on set].”

Betty’s series-long friendship with her neighbor’s son Glen (Marten Weiner) fell among Jones’ most beloved character arcs. In the first season, Betty, then 28, gave Glen a lock of her hair. “We watched the clip in New York the other day, and I had forgotten it. It was really sad. But it’s so sweet,” she says. “It just says so much about her, that the only person she could talk to was a 9-year-old. It was great. And a lot of people thought that relationship was creepy, but I thought it was really sweet.”

Looking forward, Jones tells PEOPLE that her most cherished Betty Francis moment is still to come: “I can’t say what it is, but I loved how we say goodbye to her. It’s my favorite part.” 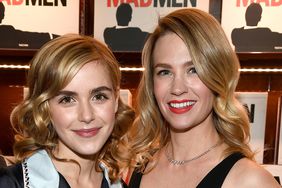 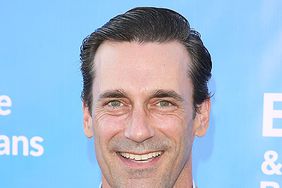 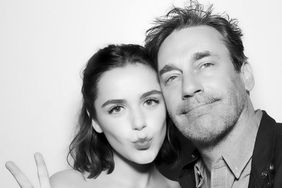 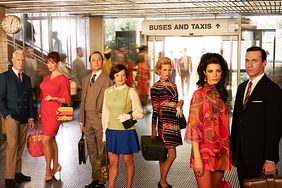 'Mad Men' Series Finale Exclusive: Go Behind the Scenes on the Final Day of Filming 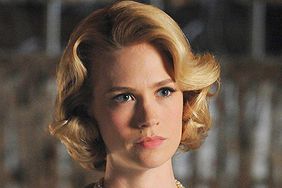