The Riverdale and Beverly Hills, 90210 star died in March after suffering a stroke

Sophie Perry is honoring Luke Perry on what would’ve been his 53rd birthday.

On Friday, the 19-year-old shared two sweet photos of herself in a gorgeous black gown hugging her late father as she happily smiled with her eyes closed.

Though the images were the same shot, the first image was cropped and appeared to be a photo of the duo in their formal attire, while the second revealed what the actor was actually wearing at the time — a navy jacket and a pair of gray plaid shorts.

“Happy birthday, fashion icon 💁🏼‍♀️” Sophie joked in the Instagram caption. “I can hear you doing your best Tim Gunn impersonation now 💛 love you the most”

The Beverly Hills, 90210 star was hospitalized after suffering a massive stroke on Feb. 27. He died five days later, at age 52, on March 4. A source told PEOPLE he never regained consciousness.

Sophie and her brother Jack, 22, were by their father’s side when he died, as was Perry’s ex-wife Minnie Sharp, fiancée Wendy Madison Bauer and other close friends and family members, including his mother and brother.

Sophie, who rushed back to the U.S. from Africa after Perry unexpectedly fell ill, eventually returned to Malawi, where she was helping develop preschools. In late April, she announced that she was officially opening her first preschool in Malawi, named after her late father.

Since then, Sophie has continued to remember her father on social media with touching tributes, including sharing a number of childhood photos, penning a sweet post on Father’s Day, and getting a mushroom tattoo in his honor.

At the end of June, Sophie hosted a Q&A session with her nearly 98,000 Instagram followers, where she revealed how she has been coping since he died.

One fan said that her positive attitude has helped them through the loss of their own father.

Sophie responded, “I’m so sorry for your loss. That means a lot to me. I’m dealing with it all the best I can, but I know it’s the hardest thing. I wish you all the strength in the world.”

Another follower simply asked how she was doing, saying that Sophie comes across as “so brave and strong.”

“I’m okay. Thanks for asking. How are you?” Sophie started her response. “I wouldn’t call myself particularly brave or strong, I’m just doing the best I can. I have all the support in the world and the best family in my corner which makes it a lot easier to be ‘brave.'”

Sophie added that all the press about her dad is something new to deal with, saying it’s difficult to see his picture everywhere.

“I think people forget or don’t realize that in my lifetime he wasn’t famous the way he was during the 90210 era. By the time I was old enough to understand all that, he wasn’t as in the spotlight as he is now,” she explained. “And I wasn’t at all public or looked at. So I’m seeing all that stuff for the first time. The shock of all that is new.” 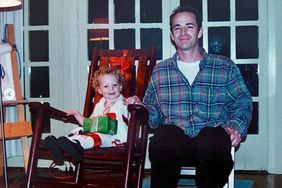 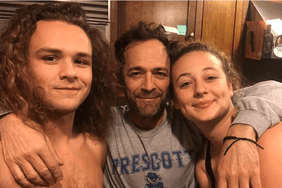 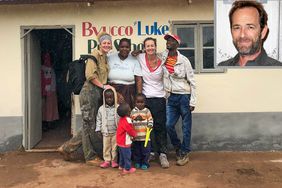 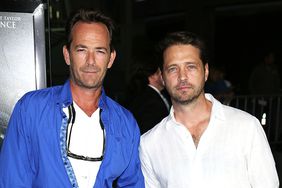 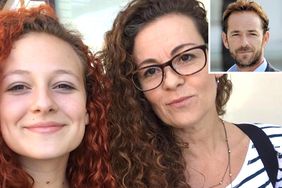