Luann de Lesseps didn’t shy away from addressing her rehab stay just days after checking out of an alcohol treatment facility.

While singing Amy Winehouse’s 2006 hit “Rehab” during her Countess and Friends cabaret show at The Paramount in Long Island, New York, on Saturday, the Real Housewives of New York City star quipped, “I actually loved rehab. I loved it so much I went back.”

During a question and answer portion of the show later in the evening, de Lesseps told an admiring fan that her trim physique was partially a byproduct of her rehab stay. “Revenge body and rehab, darling,” she remarked.

Acknowledging the fact that everybody in the audience was likely aware of her difficult year, de Lesseps told the crowd at the beginning of the show, “You have no idea how happy I am to be here.”

RELATED VIDEO: Inside The Dark Event from Luann De Lesseps’ Past Life That Caused Her to Drink

“It’s been a rough year for me,” she continued, later sharing with PEOPLE after the show that getting back onstage felt therapeutic.

“I felt like I needed them more than they needed me,” she remarked. “Just being onstage, I couldn’t wait to get onstage. I’ve been through so much in the last year, and you know, most recently, so I needed to get out, and get here. It was just therapy for me.”

Inside Luann de Lesseps’ Ups and Downs, from a Cabaret Comeback to Her Return to Rehab

During the show, de Lesseps mentioned her children multiple times in the wake of a lawsuit her first husband Alexandre de Lesseps and their children Victoria and Noel filed against her over an $8 million house sale. According to court documents obtained by The Blast in July, she breached a stipulation of settlement in her divorce by failing to create a trust “for the benefit of her two children.”

“My kids are my children,” de Lesseps told PEOPLE after the show. “The press can write whatever they want.”

“Yeah, I have a little problem, driven by the ex-husband, who I’m not happy about right now, okay? And I’m resolving it as quickly as possible,” she added. “I’m gonna see my children this weekend. It’s not about the children, it’s about the ex.”

Although she went on to add that her ex has “always been very supportive,” she said that she had “to wait until this is resolved first” before opening up about the situation in depth.

De Lesseps also shared that she was incredibly excited for her upcoming show at the Music Box Theater at The Borgata in Atlantic City, New Jersey, on Aug. 24. Asked whether she had any big surprises planned for the show, the reality teased that a special person would be attending.

“He just got a star on the Hollywood Walk of Fame,” she remarked. “I can’t say who.”

On Thursday, PEOPLE confirmed that the RHONY star checked out of rehab after staying at the facility for a little under three weeks.

De Lesseps previously announced on Instagram that she would be leaving in time for her upcoming Countess and Friends cabaret dates.

“Thank you so much for all of your support,” she wrote. “I wanted you to know I’m doing great and I hope you’ll come and see me. … Looking forward to being back on stage!!!”

PEOPLE exclusively broke the news that de Lesseps had checked herself into an alcohol treatment facility for the second time on July 16.

“This weekend, Luann was surrounded by her girlfriends and decided — with their support — that in light of recent circumstances, it is the healthiest choice for her not to attend Tuesday’s reunion taping so that she can continue in her healing process,” costar Bethenny Frankel, who was authorized by de Lesseps to speak on her behalf, exclusively told PEOPLE at the time. “It’s a brave and honest decision by her, and everyone is rallying around her and wants the best for her.”

De Lesseps first checked into rehab in December 2017 after she was arrested on Christmas Eve in Palm Beach, Florida, and charged with disorderly intoxication, battery on an officer, resisting arrest with violence and threatening a public servant. (She recently struck a plea deal in the case and will avoid jail time.)

She later apologized for the incident, admitting that being back in Palm Beach for the first time since she tied the knot with Tom D’Agostino Jr. there before divorcing him seven months later had “brought up long-buried emotions.” 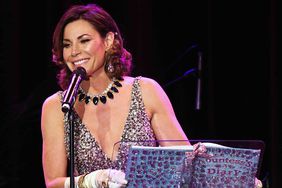 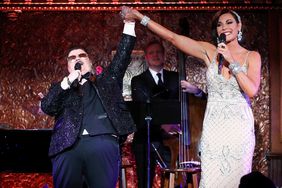