Real Housewives of New York City went on a production break before the holidays, a source tells PEOPLE

Even though Real Housewives of New York City didn’t shoot Luann de Lesseps‘ arrest in Palm Beach, the incident will be very much a part of the new season, multiple sources tell PEOPLE.

“The RHONY cameras were not filming at the time of Luann’s arrest,” one insider says. “They went on break before the holidays and will return filming early in the New Year.”

Still, a second source says “there’s no way” it won’t be included on the show, referencing the plot lines surrounding costar Tinsley Mortimer‘s return to New York after her own 2016 arrest in Palm Beach for trespassing (the charges were dropped) and Bethenny Frankel‘s divorce and ongoing custody battle.

De Lesseps, 52, was arrested Saturday night after she was discovered trespassing in the wrong hotel room with an unidentified male, according to a police report. She was charged with disorderly intoxication, battery on an officer/firefighter/EMT, resisting arrest with violence and threatening a public servant.

Police say de Lesseps “shoved” the officer who responded to the scene and “slammed” the bathroom door on his forehead. De Lesseps later also told police, “I’m going to kill you all,” according to the affidavit.

“This was my first time in Palm Beach since my wedding, and being here brought up long-buried emotions,” she told PEOPLE in a statement. “I want to offer my sincere apologies to anyone I might have offended with my behavior. I am committed to a transformative and hopeful 2018.”

De Lesseps married businessman Tom D’Agostino in Palm Beach on Dec. 31, 2016 (also the groom’s birthday), during a lavish, three-day celebration. They announced their separation in August and agreed to finalize the divorce in October.

A source told PEOPLE, “Luann was out with a girlfriend at the Colony Hotel where she had her wedding brunch just a year ago — it was the first time she had been back to Palm Beach since the wedding.”

As for D’Agostino, 50, a source said when he heard what happened, he “felt really sad for Luann and her family that they had to go through this over the holidays,” and he was “shocked” that she was in town. 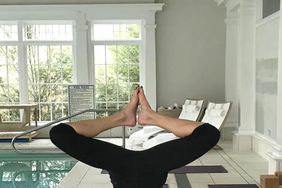 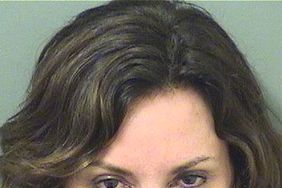