'Love Is Blind: After the Altar' Trailer Reveals Rifts Between Couples and an Unexpected Guest

In Netflix's three-episode Love Is Blind special, Lauren Speed and Cameron Hamilton and Amber Pike and Matt Barnett are celebrating their wedding anniversaries with the rest of the pod squad

Love Is Blind is back! But not with a new group of hopefuls filling pods and going on "dates" where they don't see each other until they're engaged. Instead, the original cast is reuniting to celebrate the two-year anniversary of the show's finale weddings, especially the pair of marriages still going strong: Lauren Speed and Cameron Hamilton and Amber Pike and Matt Barnett.

But, it turns out, not everyone is on the same page as they arrive at the anniversary party, which took place in November 2020.

In the exclusive trailer above, we see that things may not be going so well between Giannina Gibelli and Damian Powers, who revealed during the initial series reunion that they had been dating since their failed wedding on the show.

After Giannina, 28, talks about having found her soulmate, Damian, 30, brings a date to the party: Too Hot to Handle season 1 star Francesca Farago.

Months earlier, dating rumors between Damian and Francesca, 27, began to fly after they were photographed leaving a dinner in West Hollywood together. At the time, Damian denied anything amiss between the two.

"Francesca and I are not dating or romantically involved but remain friends," he said, noting that they share the same lawyer.

But Giannina doesn't appear to be too happy to see Francesca. "He's mine," she declares.

The next moment in the trailer shows Damian angrily telling Giannina, "You don't control me. You don't tell me what to do. I can handle my own." Later, he looks at the camera and adds, "That was bulls---."

That won't be the only clash during the three-episode series.

Carlton Morton and Lauren appear to be having lunch and get into it. "I've taken up for you more than anybody," he says. "I'm tired of it."

At the party, Diamond Jack, Amber and Lauren "LC" Chamblin get into a shouting match. And then there's Jessica Batten, who attempts to give some sort of gift to Matt, whom she continued to have a crush on even after getting engaged to Mark Cuevas.

Jessica also drops something of a truth bomb about Mark when she and some of the girls get together.

"Apparently he was sleeping with multiple other women," she says. "He was fooling me the entire time."

Earlier at that same lunch, LC refers to herself as "bad luck LC." Given that LC and Mark dated at some point after the show — and before his now-fiancé got pregnant and welcomed their son — perhaps the remarks are related.

In a happier beat from the trailer, the two married couples are discussing plans to have children, with Matt and Cameron high-fiving over pulling the goalie.

Love Is Blind: After the Altar hits Netflix on Wednesday. 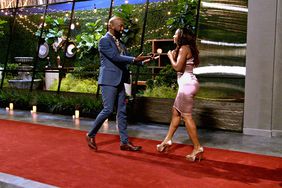 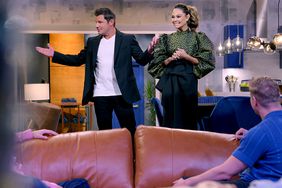 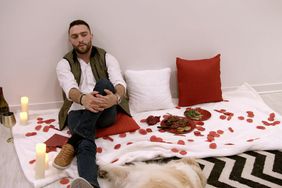 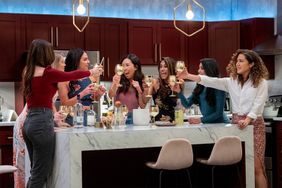 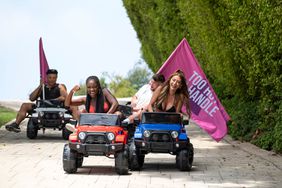 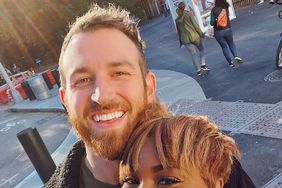 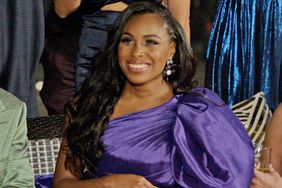