Every Christmas Has a Story premieres Saturday at 8 p.m. ET on Hallmark Channel

It’s not even Thanksgiving yet, but it’s never too early for Christmas carols — and those holiday TV movies that everyone loves.

PEOPLE Now caught up with Lori Loughlin and her teenage daughter Bella Giannulli, who are both starring in the upcoming Hallmark Channel’s Every Christmas Has a Story, and the mother-daughter duo opened up about why people seem to adore those holiday films so much.

“I think there’s something for everyone,” said Loughlin, 52. “I think it’s something like 80 million people that are tuning into the Hallmark Channel during Countdown to Christmas!”

Of working together on the movie, Loughlin and Giannulli, 18, only had good things to say about each other.

“The opportunity did present itself, and it was Bella’s first acting job ever,” said Loughlin. “I thought, ‘Wow, how special for me to be a part of that.’ ”

The two spent a month straight shooting the film together, and Giannulli raved that it was “very fun.”

“My husband said to me, ‘You know what, when will you ever get to be with her and get to spend that kind of time with her again?’ ” recalled Loughlin. “So often they live in the same house, but [once] they’re teenagers, they’re out the door — once they get a car, they’re gone!”

But what makes Every Christmas Has a Story particularly unique is its remarkable timeliness: The story follows Loughlin’s character, a morning show host, after she gets caught in a hot mic situation — which, of course, runs startlingly parallel to last month’s Billy Bush/Donald Trump scandal after the leak of a 2005 tape exposed then-Access Hollywood host Bush and Trump making lewd and graphic comments about Nancy O’Dell and Arianne Zucker while filming a segment for the entertainment program.

The Hallmark movie was shot long before the tape was leaked on Oct. 7, and Loughlin said the cast and crew had no idea they’d be “so timely.”

“Thankfully, we didn’t say anything close to [what Bush and Trump said,]” she revealed. “I happen to say to my guest: ‘I don’t dislike Christmas, but I’m not a Christmas girl’ — and that was edgy enough!”

Every Christmas Has a Story premieres Saturday at 8 p.m. ET on Hallmark Channel. 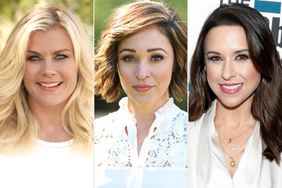 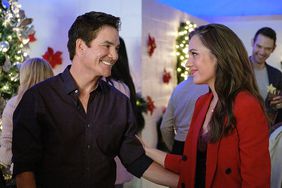 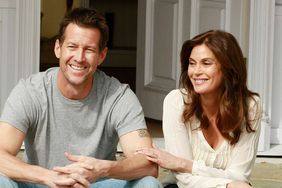 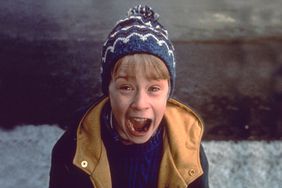 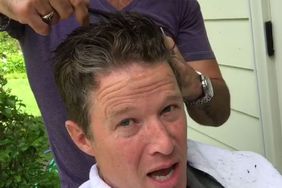