Logan Williams' cause of death has been confirmed by a Canadian coroner's office.

In a report shared with PEOPLE Thursday, the Coroners Service of British Columbia determined that the 16-year-old actor died of "unintentional illicit drug toxicity (fentanyl)," classified as "accidental," on April 2, 2020.

The teen star made a name for himself playing a young Barry Allen on The CW's The Flash, and died suddenly last spring, his mother Marlyse Williams confirmed to local newspaper The Tri-City News at the time.

Marlyse said she and her family were "absolutely devastated," telling The New York Post that Logan had struggled with addiction for three years.

The mom said she discovered her son was using marijuana at age 13, and that he eventually progressed into harder dugs. Marlyse said she didn't know for sure when he began using fentanyl, a synthetic opioid pain reliever that creates a "heroin-like effect" on the body, according to the Centers for Disease Control and Prevention.

Logan "was in complete denial because he was so ashamed," of his addiction, Marlyse said, adding that he had been living in a group home after spending a month in a facility in British Columbia in 2019.

However, the grieving parent decided to share her son's story in the hopes it could help others in similar situations, telling the Post she is aiming to "create a legacy out of this tragedy."

Mourning the young actor's death, Logan's agent Michelle Gauvin told PEOPLE in a statement last year they were shocked by the death.

"Logan was an exceptional talent, with a kind heart, and an infectious spirit," the statement said. "We will all miss him tremendously. Our thoughts and prayers are with his family and loved ones."

Beyond The Flash, the teen star also appeared in When Calls the Heart, Supernatural and The Whispers. 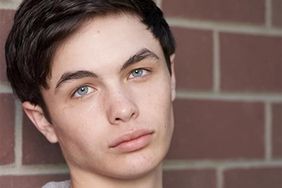