'Lizzie McGuire' Actress Carly Schroeder Enlists in the Army: 'It Is a Big Choice'

"I've been considering it for a while," the former Disney Channel star says of her decision

During an appearance on TMZ Live on Wednesday, the 28-year-old actress — who appeared on the Disney Channel’s Lizzie McGuire as Melina Bianco, an adversary-turned-love-interest to the titular character’s younger brother — opened up about why she made the decision earlier this year to enlist in the Army.

“I’ve been considering it for a while, and it is a big choice, but thankfully my parents and my little brother were very supportive of me,” Schroeder, who has also appeared on General Hospital, told TMZ. “My dad was actually in the Army, he as trained as a Green Beret medic, and my little brother Hunter, he’s in the Marines now. And they just told me, you should think about it, talk to every branch, and pick which one works best for you, and I chose the Army.”

The actress, who has been accepted into Officer Candidate School (OCS), shared that while she won’t get to pick her assignments for a while, she’s “definitely interested in military intelligence.”

“In college [I] learned a lot about human trafficking, and I think going into the military will actually allow me to learn skills that can help me help others who have been impacted by this,” she shared.

Hilary Duff Teases the Possibility of a Lizzie McGuire Revival: ‘There’s Been Some Conversations’

Following the interview, the actress opened up further about what drove her to serve her county — and the extent of her training thus far.

“I was on @tmz_tv and it didn’t involve a wardrobe malfunction or a disastrous love triangle. Granny will be proud,” she wrote on Instagram, before adding that she wanted to “clarify a few things.”

Although her Instagram account is filled with videos of the actress showing off her proficiency with weapons, Schroeder said that “most of the training I’ve done was in preparation for action roles.”

“I head to basic training in April and then, since I have a college degree and passed the board, I will go to OCS,” she added.

Continuing, she wrote, “I am looking forward to working hard and earning respect from my fellow soldiers. Despite my story being publicized, I want to communicate that the veterans and currently enlisted personnel really deserve the recognition for their scarifies [sic] and service. I am proud to become a part of your family. I have set high goals for myself. I am determined to make a difference and help others. I have had a lot of people tell me that one person can’t make a difference, but at the very least we should try!”

The star previously opened up about her decision to take “a break from Hollywood” in February.

“For 22 years, I’ve played dress up for a living. As an actress I’ve been kidnapped, gone blind, nearly eaten by lions and murdered on more than one occasion. I tormented Lizzie McGuire’s little brother on the Disney channel, was a dolphin trainer, the first female soccer player on an all boys team and Harrison Ford once rescued me during an intense home invasion,” she shared, alongside an image of herself in camouflage gear, carrying a rifle.

“That’s exciting and all, but in January I decided to raise my right hand and swear into the United States Army. With a college degree from @callutheran in Criminal Justice, an ASVAB score of 92, and qualifying PFTs… I was accepted into Army #OCS (Officer Candidate School),” she shared.

The actress also shared her three “BIG reasons” for enlisting.

“College opened my eyes to global injustices. But on a more tangible micro level, there is human trafficking occurring within the United States. I’ve written papers, spread awareness and as an Army Officer I intend to learn skills I can later apply when I’m on a team helping these victims,” she wrote, adding that she feels she can be a better “advocate for veterans once I am a part of their community.”

In her final reason, Schroeder gave a sweet nod to her own family history, writing, “My brother is a Marine and my Papa was a Green Beret… There is no way I am going to let the boys have all the fun. #hooah#actresstoarmy#startedondisneynowimhere 💁🏼‍♀️.”
.
“Thank you to my big brothers who teach, encourage and support me. I’ll make you proud,” she concluded the note. 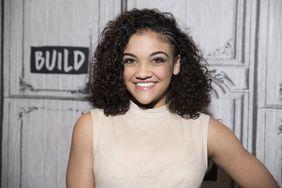 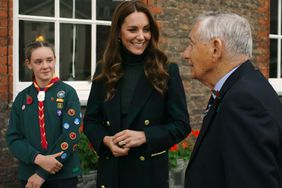 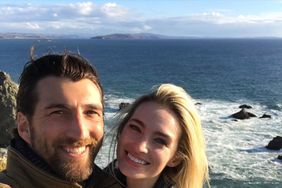 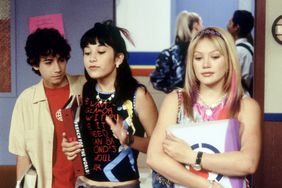 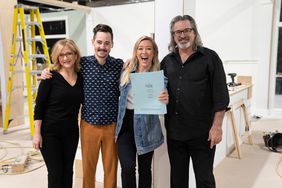 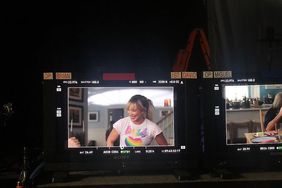 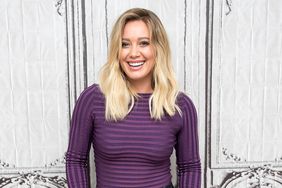 Hilary Duff Opens Up About Returning for 'Lizzie McGuire' Reboot: 'She Was Everybody's Best Friend' 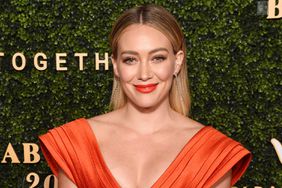