The upcoming season premieres May 11 on TLC

The Roloff family is back for another season of Little People, Big World — and a lot has changed.

When the hit TLC series returns May 11, audiences will catch up with the Oregon-based, farm-owning family as they hunker down amid the COVID-19 pandemic while remaining busy as ever.

In the season supertease, exclusively debuted by PEOPLE, family matriarch Amy Roloff has moved into her new home with fiancé Chris Marek — but he isn't feeling like any space is being created for him.

"It kind of irritates me that I go to the trouble of clearing out a space and I come back and you've put stuff in it," Chris tells her. "You're not creating space for me."

The couple is also seen planning their wedding day, as Amy, 56, tries on dresses and wonders if the farm could be a possible venue.

While touring the property one day, Amy is "sandwiched between the old husband and the new husband," Chris teases in a confessional.

Meanwhile, Matt Roloff is going strong with his girlfriend, Caryn Chandler, who is facing questions about her intentions when it comes to the relationship. "I think the saddest thing that I deal with with Matt is that people think that I'm with him because, 'Oh, she must be a gold-digger,'" Caryn tells Tori Roloff. "And it's like, why do you have to think that?"

"I'm married to the guy that owns a pumpkin patch. How could I not be into it?" she says in a confessional while sitting next to Matt, 59. "I'm not married, did I say married?" she corrects herself, as Matt confirms with a laugh: "Yeah, you did."

And although it's been five years since Matt and Amy divorced, the time has finally come for them to divide assets pertaining to the family farm. (Amy and Matt lived on the property, which they co-owned, for nearly 30 years before their divorce in 2016. The former couple raised twins Jeremy and Zach, 30, daughter Molly, 27, and son Jacob, 24, on the farm.)

"Did you hear my dad's going to buy my mom out?" Zach says to wife Tori while on a walk with their two kids, daughter Lilah Ray, 17 months, and son Jackson Kyle, 3½.

But for Amy, the development doesn't come as a surprise. "I always knew that in the end, he would want it all," she tells cameras.

As for Zach and Tori, he's contemplating co-owning and running the family farm with Matt while the couple raises their two little ones, who are both facing the possibility of needing surgery.

"Lyla is going to the eye doctor," Tori says. "Every once in a while she'd be cross-eyed, especially when looking far away. She needs glasses or the possibility of surgery."

And "Jackson's legs are starting to bow," Zach explains to viewers as Tori is seen telling someone: "He will probably need surgery."

The new season will also feature the couple revealing their pregnancy news to the family — an exciting moment that was documented before Tori shared in March that she had suffered a miscarriage. In an Instagram post at the time, she revealed the heartbreaking news to her followers.

"We were so excited when we found out we were expecting baby #3, and we couldn't wait to share," Tori wrote. "We went in for our first ultrasound at 8 weeks and found out that we lost our sweet baby two weeks earlier."

"I've honestly never felt loss like I did in that moment," she continued. "I've never felt so sad, angry, and scared in a single moment. I had no symptoms of losing [our] sweet angel baby and nothing could have prepared me for hearing our sweet baby was gone." 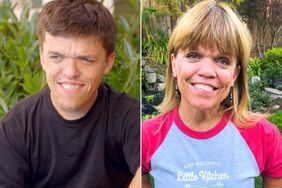 'LPBW' : Zach Roloff Puts His 'Hat in the Ring' to Possibly Buy Out Mom Amy's Portion of Farm 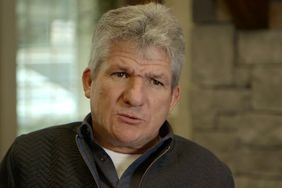 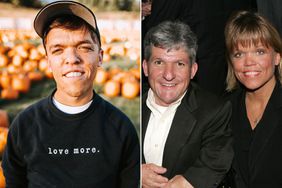 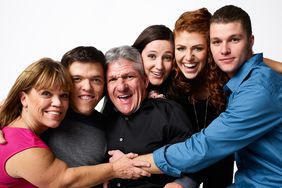