Lisa Vanderpump is speaking out after multiple Vanderpump Rules stars were fired in the wake of their past "racially insensitive" actions and racist social media posts resurfacing.

One day after Bravo confirmed the firings of Stassi Schroeder, Kristen Doute, Max Boyens and Brett Caprioni, Vanderpump released a statement to Instagram in which she condemned "all forms of cruelty, racism, homophobia, bigotry and unequal treatment."

"Over the past two weeks, many things have been brought to my attention, of which I and many others were previously unaware. It was necessary for me to be quiet until now, until decisions had been made. Now I can freely speak from the heart," she began.

She referenced recent tragedies in the world, including the death of George Floyd while in police custody and the coronavirus pandemic, which has claimed at least 100,000 lives in the U.S.

"As we’ve seen such devastating sadness that has played out globally, we all have a part to play to create a kinder, more just society," she wrote. "My hope is for this generation to treat each other with respect and humanity, and realize that actions have; and should have, consequences."

While Vanderpump, 59, said, "I love and adore our employees," she is "deeply saddened by some of the lack of judgment that has been displayed."

"As many of you know, after watching me for 10 years, I have always been an equal rights activist and ally - my family, my businesses and I condemn all forms of cruelty, racism, homophobia, bigotry and unequal treatment. We’ve never tolerated it in the workplace or our lives," she said.

Although Faith Stowers was the one of only two black cast members of reality show over eight seasons, Vanderpump said her businesses all have "diverse" staffs, even if they are not shown on VPR.

"While you only see a fraction of our employees on the show, a specific friend group, across all of our companies, we have always been a very diverse group of people - every color, ethnicity and sexual orientation. Most of our employees have worked for us for over a decade, and we have become a family; one that embraces and celebrates each other’s differences," Vanderpump said. "I am proud of the inclusive company that we’ve created."

Vanderpump continued: "We will continue to embrace diversity as one of our greatest strengths, and I’m excited to give you deeper look into the multi-faceted fabric of our company in the future."

"The world needs to move forward with a kinder generation. Everybody deserves to feel safe, heard and appreciated in their communities," she added. "So much of what has transpired in the world is not right, fair or acceptable."

The Real Housewives of Beverly Hills alumna concluded by encouraging her followers that "we all have work to do to create a society we can be proud of and I hope as we venture forward, we strive to live in a world where kindness and compassion are our highest values. Thank you for listening, love Lisa."

In a statement on Tuesday, Bravo confirmed that Schroeder, 31, and Doute, 37, will not be returning to the reality series, on which they have both starred since the show's debut in 2013. Cast members Boyens and Caprioni — whose years-old racist tweets resurfaced last winter — will also not be coming back.

Their exits come days after Schroeder and Doute both posted lengthy statements on Instagram in response to a past incident with Stowers. Last week, during an Instagram Live chat with Floribama Shore star Candace Rice, Stowers — who appeared on seasons 4 and 6 of the Bravo series — recalled a time when Schroeder and Doute spotted a tabloid article about a black woman wanted for theft, and called the police to pin the crimes on her.

"Racially insensitive comments from my past have resurfaced. It is important that I continue to take accountability for what I have said and done, while pushing myself to do better," Schroeder said in a portion of her statement posted on Sunday. "I have grown significantly from the person I was then, and I am still filled with remorse and regret for the hurt I caused. I am grateful for the people in my life that continue to check me and push me to evolve into a more educated person," she wrote.

As for Boyens and Caprioni, their exits come years after they both posted racist tweets.

In the reported tweets posted in 2012, Boyens called the N-word his "favorite word," talked about wanting to "punch" Asians and called pop star Justin Bieber "queer." Caprioni, a waiter at SUR and Lisa Vanderpump's personal trainer, also reportedly tweeted the N-word multiple times, along with the hashtag "#womensuck."

During last Tuesday's Vanderpump Rules reunion, Boyens emphasized his original apology, adding, "I'm an adult now, and I cringe even thinking that I said those things."

Caprioni also apologized again. "It wasn't okay then, it's not okay now," he said. "It's something I regret deeply, and it was just kind of making jokes with each other, like we'd literally be in the same room and just say stupid s— to each other, and it was a dumb f—ing thing to do. I'm doing my best to move forward and be the best person I can be, and try to emulate [sic] that to everybody else."

Vanderpump added that she does not believe Boyens and Caprioni are racist now. "I have never seen any inkling of anything that would make me believe that that's the beliefs they're holding now," she said. "And if I had, they wouldn't be working for me."

Following news of Schroeder and Doute's firing, Stowers revealed she has no regrets about speaking up.

"I feel so vindicated studios and production are able to see blatant racism and make these positive changes and help move the race forward — help with the fight forward," she told Page Six. "I was ready to put myself in the line of fire because I don’t know what will happen if I don’t say anything, but I’m glad I did." 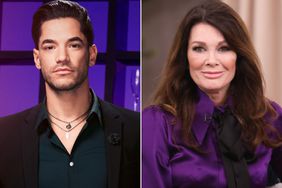 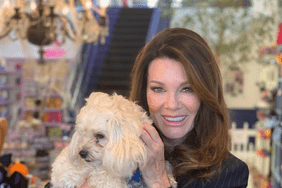 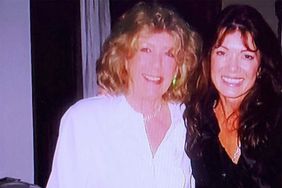 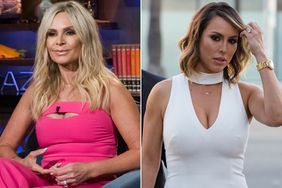 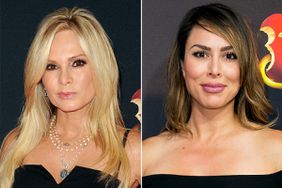