In a new interview with Entertainment Tonight, the former Real Housewives of Beverly Hills star, 59, addressed the recent firings of Stassi Schroeder and Kristen Doute, who were removed from the popular reality show by Bravo over past racially insensitive actions toward former costar Faith Stowers.

"You know, I've reached out to Stassi two or three times and I haven't heard back from her and I really, you know, I do love them both," Vanderpump told ET, later adding, "I think it's sad, really, what happened, because I do think that people can learn from their mistakes, and I'm all about that."

"I think you've seen that on the show," she continued. "Of course, we do know that we're in this momentum of really people kind of standing up for what's right, and I'm all about that and embracing that — and I do believe in zero tolerance for that — but I also believe that you can come back from that and you're young and you can learn from it."

Vanderpump specified that the decision was up to Bravo and the show's producers, and while she said their removals were "very difficult" to come to terms with, she agreed Schroeder and Doute's behavior was "totally inappropriate."

"If it were up to me, I would like to see them go on," said Vanderpump. "But really have a better understanding of where they went wrong and really, you know — I'm not into just kind of getting rid of people because they get it wrong. Otherwise, I'd probably have nobody working for me at this point."

The former Real Housewives of Beverly Hills star also went on to clarify that neither Schroeder and Doute had recently worked for her.

"You have to remember, they weren't working for me at the time. Stassi hadn't worked for me for a couple of years, nor had Kristen. So that part wasn't down to me really at all," she explained. "... It's not my decision. And I think that was then and this is now, but I'm all about giving people second chances, yes, but also about holding people accountable."

Vanderpump then gave a little insight on the upcoming ninth season, saying there will be new cast members on the show. The restaurant owner also explained that diversity has been an issue for the series because she can't convince all of her employees to sign up to be on reality television.

"It's really up to people that want to be front and center," she said. "I mean, I'm always all about [diversity]. Our companies are like the United Nations."

Until the new season is able to commence, Vanderpump is launching a new podcast titled All Things Vanderpump, as well as working on her upcoming Peacock series Vanderpump Dogs, a spinoff about rescue dogs and pet adoption.

RELATED GALLERY: The Shocking Reasons that Led to These 11 Celebrities Getting Fired

During a June Instagram Live interview, Stowers — who appeared on seasons 4 and 6 of Vanderpump Rules — recalled a time when Schroeder, 32, and Doute, 37, spotted a tabloid article about a Black woman wanted for theft and called the police to pin the crimes on her.

Stowers, 31, told PEOPLE in June that she hopes "we will see good things from Stassi and Kristen down the road."

"When they do realize the power that they have, I want them to utilize it for good," she explained. "They shouldn't be shunned for what they did, that won't help them. I want them to listen and learn."

Steve Honig, a rep for Schroeder and Doute, also told PEOPLE that month that the two are ready to "move forward."

"Stassi and Kristen acknowledged what they did was wrong, have apologized and been punished," Honig said at the time. "Without casting aside their actions or the impact of those actions, they want to move forward as part of the solution in ways that are productive, meaningful and sincere. Both of them recognize actions speak louder than words and that is what will guide them as they move forward." 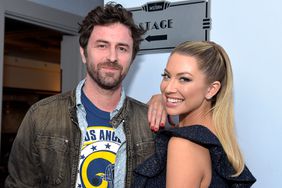