Lisa Vanderpump Claps Back at Kyle Richards' Tweets: 'Even After a Year She Doesn't Understand'

Lisa Vanderpump is standing up for herself.

Responding to tweets from her Real Housewives of Beverly Hills costar Kyle Richards earlier in the week, in which Richards, 50, commented on Puppy Gate, the restauranteur clarified one of her dog foundation‘s adoption policies.

In one of her tweets, Richards admitted that Dorit Kemsley, who had given away Lucy Lucy Apple Juice — the dog at the center of Puppy Gate — to another home, “made a mistake. She should have turned the dog back into Vanderpump Dogs. There is no disputing that. Maybe it was the $5,000 return policy that made Dorit think finding a good home for Lucy on her own was a better choice.”

After one fan replied to her tweet, writing, “Holy s— 5k to return? Did @LisaVanderpump dogs walk on water?” Vanderpump, 58, responded, “No the opposite lol,even after a year she doesn’t understand.”

Vanderpump further clarified, “5k if you dump one of our dogs,to ensure that it will be returned to us if there is a problem.” She also added in a later tweet that the $5,000 fee is occurred “if you DO NOT return the dog to the center.”

“It’s in place to protect the animals,” Vanderpump responded to another fan who was confused about the policy. “Geez.”

Richards addressed her issues with Vanderpump (among other topics) in a long series of tweets Tuesday after the explosive RHOBH reunion.

“The Real Housewives is NOT Lifestyles of the Rich and Famous,” she said. “It is not Sex in the City. It is not scripted. It’s our reality. I have been on this show many years now. We just finished season 9 to be exact. There have been many tears and a lot of laughter over these 9 years.”

Richards said that this season left her “so frustrated at times” before launching into her side of the Puppy Gate story.

“People who have spent their entire life treating life as a game and ‘winning’ at it have had lots of practice. When I was told to go to Vanderpump Dogs way back at the beginning of the season, I knew right away what was going on,” Richards said.

In response to Richards’ tweet, one fan responded, “So that means you did know before you arrived at VP dogs? So why did you go? When you went, why did you act unaware of what was happening? Why did you question why dorits ex-dog was there? Who told you? Teddi? Production?”

Vanderpump responded to this tweet, writing, “Yes good point…And accuse me of protecting Dorit! She always maintained she knew nothing before.. Oh dear.”

“I was brought there to unknowingly be a part of making Dorit look bad for entertainment purposes I suppose,” Richards wrote in another tweet. “Trust me , I know you think she didn’t need much help. I read the comments, see the preception [sic] of her from people that have never met her.”

The reality star added that she knows she “signed up” for drama by agreeing to be on the show, and that audiences make judgements based solely on what gets shown on TV.

The puppy scandal has dominated the RHOBH ninth season, and pitted many of the cast members against each other. It all started when Kemsley gave away Lucy, a dog she had adopted from Vanderpump Dogs, and then the family that she gave it to ended up giving it to a shelter. 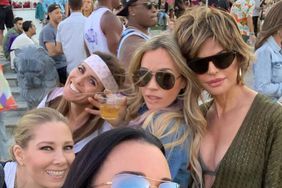 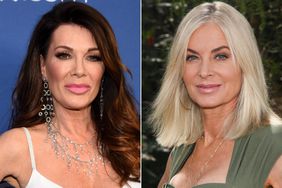 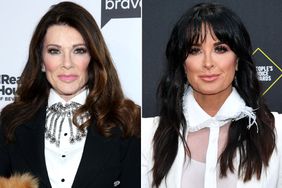 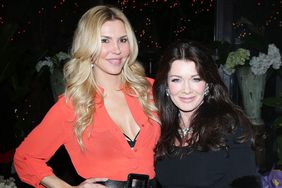 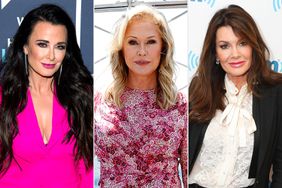