Lisa Rinna on Husband Harry Hamlin's Romance with Ursula Andress: 'She Got Pregnant That Night'

Lisa Rinna is opening up about husband Harry Hamlin's former relationship with "Bond girl" Ursula Andress, who welcomed a son with the actor in the '80s.

On Wednesday's The Real Housewives of Beverly Hills, Rinna, 57, shared with costars Denise Richards, Sutton Stracke and Garcelle Beauvais how Hamlin, now 68, had started dating Andress, now 84, during his twenties.

The conversation came up while Rinna was admiring the architecture around Rome, remarking how the Los Angeles home she shares with Hamlin "looks a little bit like this because Harry lived here for three years and he loves this."

"He was with Ursula Andress at the time and they had a child, she lived here," she explained. "They were doing Clash of the Titans together."

Calling Andress "the movie star that you would imagine" in a confessional, Rinna told her castmates that the actress — who played Honey Ryder in the iconic James Bond film Dr. No — made a move on Hamlin while the two were filming together in Europe.

Andress gave birth to son Dimitri in 1980. The couple stayed together for three years before parting ways in 1983.

"I was always very possessive," Andress told PEOPLE at the time, "and for Harry, his career is the main thing."

"Love affairs and husbands can end, but a child is forever. Dimitri is my love now," she said.

The couple has been open about their relationship ups and downs in the past. In a profile published with The Daily Beast this past December, the Mad Men actor admitted that he was initially hesitant about doing RHOBH, which his wife has starred on for five seasons.

“I have my divorce lawyer on speed dial,” Hamlin said of what he told Rinna when she first approached him about possibly doing the reality show.

“I have had three opportunities to use him: once with Ursula, and two of my ex-wives,” he continued. “It’s the same guy every time. We send Christmas cards to each other every year.”

“I said to Lisa, ‘You can’t do this. Everybody who does that show gets divorced. It’s a horrible, horrible thing, to do that show,'” Hamlin recalled before explaining how he changed his tune, “Bethenny [Frankel] convinced me from a branding point of view it would be a good thing to do. Then I was open to doing it on my own terms.” 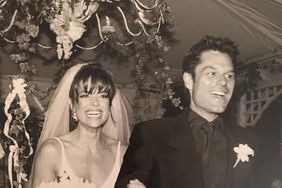 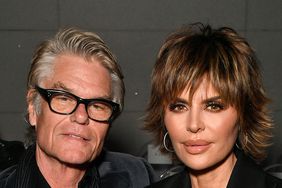