This week’s Lip Sync Battle isn’t going to be a clean fight.

At least, not if Stephen Merchant has anything to do with it. In a clip from the upcoming episode, he channels his best “Dirrty”-era Christina Aguilera in an attempt to out-lip-sync opponent Malin Akerman.

Merchant, who – along with John Krasinski and Emily Blunt – came up with the show’s concept years ago, is rolled onto the stage in a revolving cage. As he writhes his lanky body along to the 2002 hit, the British writer and actor, 40, shows off his impeccable sense of style in a belly-button-baring Union Jack tank top and leather chaps that artfully display the word “nasty” written across the back of his underwear.

Akerman is going to have to pull out all the stops if she wants to beat what may be the most hilariously raunchy performance yet.

RELATED VIDEO: John Krasinski in a Silver Fringe Dress Is Everything 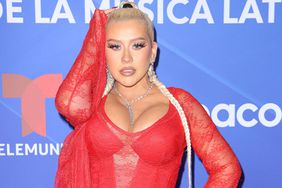