Michael Strahan may have just won an Emmy, but Hoda Kotb could have him beat when it comes to lip-synching hit songs.

In a preview of this week’s Lip Sync Battle between the Kathie Lee & Hoda and Live! with Kelly and Michael hosts, Kotb struts around the stage and flirts with the audience and camera, all while flawlessly delivering Sir Mix-a-Lot’s timeless classic “Baby Got Back.”

Kotb, 50, was previously linked to the hit song when she made a cameo appearance in Brian Williams‘ 2014 "performance" of the song. Consider this high-power performance a sequel of sorts.

Watch the morning show hosts duke it out when Lip Sync Battle airs Thursday at 10 p.m. ET on Spike.

RELATED: John Krasinski in a Silver Fringe Dress Is Everything 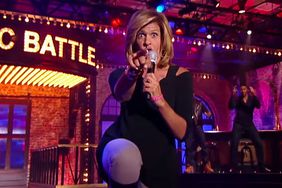 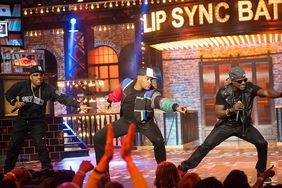 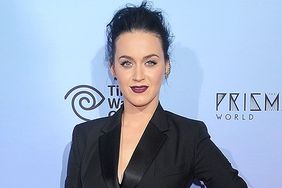