Lili Reinhart Responds to Pregnancy Rumors: I 'Will Never Apologize' for 'My Body'

Lili Reinhart posted a message about body positivity on her Instagram story, Monday, responding to rumors that she was pregnant with boyfriend Cole Sprouse's child

Lili Reinhart ended her Memorial Day with an epic clapback.

The 21-year-old actress posted a powerful message about body positivity on her Instagram story, Monday, responding to rumors that she was pregnant with boyfriend Cole Sprouse‘s child.

Over the weekend, photos of the Riverdale couple circulated on social media — with fans wondering whether Reinhart, who plays Betty Cooper on the hit show, might be expecting.

That’s when Reinhart took matters into her own hands.

“It’s unfortunate that one unflattering photo of my stomach circulating the internet causes hundreds of people to think that I’m pregnant,” she wrote on Instagram. “Nope. Not pregnant.”

Reinhart continued, “This is just my body. And sometimes I’m bloated. Sometimes and unflattering photo is taken of me. Sometimes I go through periods of time where I gain weight.”

“My body is something that I will NEVER apologize for,” Reinhart added. “My body will constantly go through change. And so will yours. And that’s fine. So let’s not put so much time and effort into caring about a stranger’s figure.”

“Inspired by you @lilireinhart,” she wrote. I feel bloated 24/7, my weight fluctuates constantly — it comes with being a woman and should be celebrated, not criticized,” she wrote.

“I used to fear that day that people start publicly criticizing my body and commenting on my weight,” Mendes, 23, wrote. “I’ve suffered too much from my own self criticism and wasn’t sure that I could handle it from others. But seeing somebody as beautiful as Lili respond to public scrutiny by preaching and practicing self love is all it takes for me to overcome that fear. Proud to call her my friend. Let’s continue inspiring women to love their bodies.”

This isn’t the first time Reinhart has pulled back the curtain on beauty standards.

Earlier this month, Reinhart revealed her struggle with cystic acne, sharing how its “caused major self-esteem issues” since she was 12 years old.

“I always text my mom when I have a bad breakout. I tell her how ugly I feel and how these breakouts shatter my confidence every time they appear,” she wrote, explaining that she had to put her “biggest insecurity on display” after doing a photo shoot with a pimple on her forehead, “But I’m hoping that someday I can feel beautiful even if I’m having a breakout. And that I won’t feel obsessive or paranoid.”

“My breakouts don’t define me. To anyone out there who feels embarrassed or ashamed by breakouts… I feel you,” Reinhart added, asking her fans and followers who have experienced the same trouble to join in on the acne conversation with the hashtag #breakoutbuddy. “We have each other. So let’s get through this acne experience together. I’d love to hear your skin story. Write or post about your acne experience under this hashtag I just made up off the top of my head.” 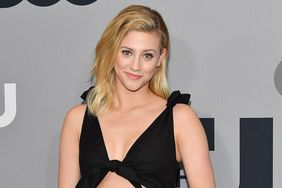 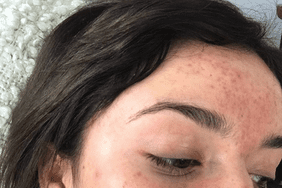 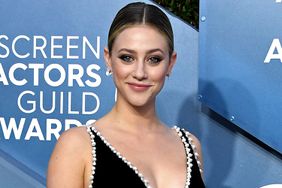 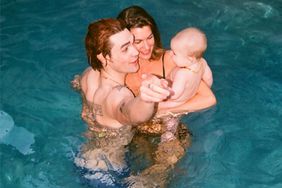 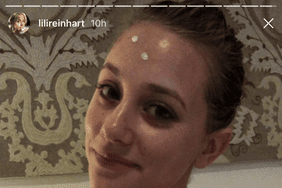