"I'm so glad we had those conversations," Leva Bonaparte tells PEOPLE

Leva Bonaparte is opening up about what it was like for her to talk about race on Thursday’s episode of Southern Charm.

During the episode, Bonaparte, the Bravo series’ first cast member of color, supported an effort to remove a monument of castmate Kathryn Dennis' ancestor, former Vice President John C. Calhoun, from its perch in Charleston.

Calhoun was fiercely pro-slavery and declared as a senator in the 1830s that slavery was not an "evil," but rather a "positive good," according to a Clemson University biography, which also refers to him as an "ardent believer in white supremacy." His Charleston statue was taken down this past June, CNN reported at the time.

“I think the statue coming down could really be a moment of healing for our community. It could be a really powerful first step in this particular city,” Bonaparte said in the episode.

Bonaparte, who is Iranian by descent but spent most of her childhood in Canada and South America, tells PEOPLE that speaking up was a tough decision. “I knew it would come with scrutiny and a lot of awkwardness, and maybe hate,” she says.

Still, she’s glad she did it.

“I'm so glad we had those conversations,” she says. “I really pray and hope that it resonates with the viewer and it allows people to understand that we can have these awkward conversations and as you tune into the season, you see things boil to the surface and some things get resolved and some things don't, but at the end of the day, there's no hate.”

“We're just trying to all figure it out and do better,” the reality star continues. “So I'm hoping the viewer identifies with that and just knows that we can have hit these awkward topics and have these awkward conversations and still come out with a net positive.”

Bonaparte shares that though the conversations she had were necessary, she has had to endure “a lot of not-so-great comments” from viewers since the season started.

“I'm like, ‘There's no wrong show,’” she says. “America is full of different people.”

Bonaparte adds that while she keeps her head high, those comments do “sting a bit.”

“It would be inauthentic to say it doesn't sting a bit,” she says. “It all comes back to all that stuff I feel like I have worked on to rise above, that little girl comes back when you walk in the classroom and everybody looks one way and you look different.” 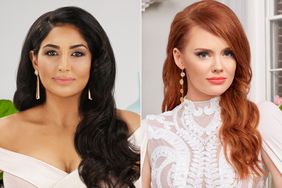 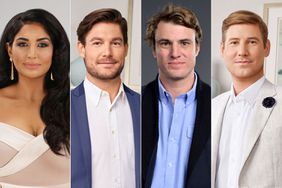