Leslie Jones Addresses Summer Hack on' SNL' : If You Want to See Me Naked 'Just Ask'

Jones, 49, appeared as herself on Weekend Update alongside cohost Colin Jost, who asked the star to discuss cybersecurity, a hot topic amid the election season. “What do you think of all these email hacks,” he said as she responded: “I was recently hacked myself.”

In August, Jones’ personal website JustLeslie.com was hacked and her nude photos and personal information — including a Harambe meme — were posted on the site.

She continued, “What I’m trying to say is if you want to hurt anybody these days, you’re going to have to way more than leak their nudes or call them names. You can’t embarrass me more than I’ve embarrassed myself.”

“Colin, do you think some words on the internet can hurt me?” she said. “I once had a crazy bitch try to beat me with a shovel at a bus stop because I took her spot on the bench. Now that’s a troll! Real trolls ain’t tappin’ on keyboards; they swingin’ shovels.”

The Ghostbusters star also joked that if she was better with computers that she wouldn’t be wasting her time with online trolls. Instead, she’d be using her skills on useful things such as hacking into Tinder so that potential suitors would only have the option to swipe her.

“Matter of fact, if I was that good at computers I would build myself a man, a perfect masculine robot man,” she shared, adding, “Full of perfect robots and perfect penises.”

Jones concluded her segment by reiterating that she feels no embarrassment. “The only person who can hack me is me,” she stated.

Earlier this month, the comedian mocked the hack on the season premiere episode with a Mr. Robot-inspired sketch with Pete Davidson. She also joked about the incident at the 2016 Primetime Emmy Awards during a bit with the Ernst & Young vote counters. 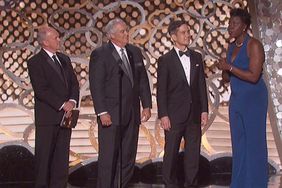 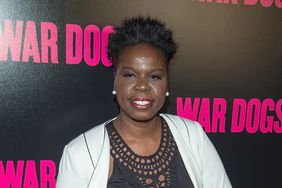 Leslie Jones Says She's Single Because She Has 'Terrible Luck' with Men: 'They Do Not Like Me!