The actors tied the knot in December 2014

Leah Pipes and A.J. Trauth have called it quits.

Citing irreconcilable differences, The Originals star filed for divorce from Trauth on Wednesday after over four years of marriage, according to court documents obtained by PEOPLE. TMZ was the first to report the news.

According to the documents, the couple separated on April 17. They have no children and neither is seeking spousal support.

Reps for Pipes and Trauth were unable to be reached for comment.

Pipes, 30, and Trauth, 32, tied the knot in December 2014 at the Four Seasons Biltmore in Santa Barbara, California. The two were wed in an intimate ceremony surrounded by family and friends.

Ahead of the nuptials, Pipes told PEOPLE that the goal for her wedding was “for everyone to have fun.”

“Neither my fiancé nor I take ourselves too seriously and we want our wedding to reflect our lightheartedness,” she said. “With that said, we’re having our wedding at an old classic hotel so my dress needed to be formal enough to fit into that venue, but not so formal it felt stuffy.”

She also said she was “so excited” to marry Trauth, best known for his teen role on Even Stevens opposite Shia LaBeouf.

“I have spent a decade of my life dating,” she said. “I am thrilled about never going on another bad date for the rest of my life. I’m also so excited to learn and grow with the person I respect most in this world.”

Pipes played Camille O’Connell in The Originals on The CW, which concluded in 2018. She’s also a Disney Channel alum, having starred in the 2004 movie Pixel Perfect.

Trauth, an actor and musician, also voiced Josh Mankey on Disney Channel’s Kim Possible and has guest starred in a handful of TV shows. 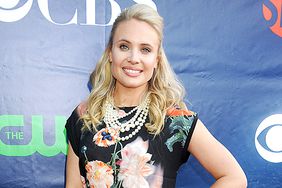 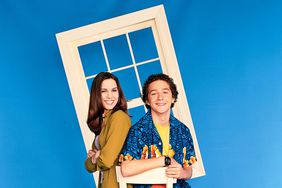