"I had worked and trained a lot and my dream of being a working actress had not come to fruition," the actress recalls

Laverne Cox is opening up about her journey to stardom.

In PEOPLE's exclusive first look at the Paley Center's Pride Month programming, A Salute to LGBTQ+ Pride Achievements in Television, the actress explains how she nearly quit acting altogether before booking her now-iconic role in Netflix's Orange Is the New Black.

"In the fall of 2012 we started shooting this show and I was just so happy to have a job; I was in rent arrears on my apartment, I had rolled back rent and I was in all kinds of debt and I was going to give up acting actually, a few months before I booked Orange," Cox, 48, recalls when asked about her experience on OITNB. "I had turned 40 that year and had a breakout moment and I was in debt and things weren't going the way I hoped they would."

Instead of acting, she says, Cox was planning on heading back to graduate school.

"I was just devastated by turning 40 and my life was kind of in shambles, like, financially, and I had worked and trained a lot and my dream of being a working actress had not come to fruition," she says. "I was just like, 'I've got to do something else. Who do I think I am? I'm a Black trans woman — no one's ever done this before, let me go and do something, have a real job or something.'"

Her role on OITNB made Cox the first trans woman of color to have a leading role on a mainstream scripted series and the first openly trans actress to be nominated for a primetime acting Emmy.

"It changed everything," she says. "I have a career now that I always dreamed about because of that show, and what's really beautiful about Orange is, I had writing and storylines that I had dreamed about."

"When you're in acting school and you're training, and you get, you know, five lines on Law & Order or you're playing sex worker No. 6 on an HBO show — I played a sex worker seven different times — finally I had this storyline that was multidimensional with this character that was complicated and beautifully flawed and it was just exciting to be doing the work," she adds.

Reflecting on the impact the role had, Cox notes that when the series first premiered in 2013, she was the only trans actor in a recurring role on television — and nearly eight years later, she says there are over 25.

"There was a space opened up," she says. "There's been a shift and that is exciting. I'm no longer the only trans person to be nominated for an acting Emmy, Rain Valdez joined me last year when she was nominated for her series, Razor Tongue, so I'm just excited that there's more of us working now and I'm not the only one."

"But also," she adds, "very clear that I'm on the shoulders of Alexandra Billings and Candis Cane and all the trans folks before me who we may not know their names."

View the full discussion with Cox and her co-panelists for free at the Paley Center's dedicated channel on Verizon Media's Yahoo Entertainment on Tuesday at 10 a.m. ET. 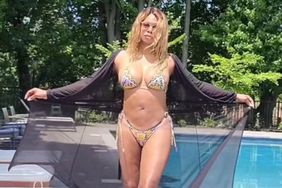 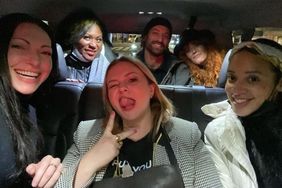 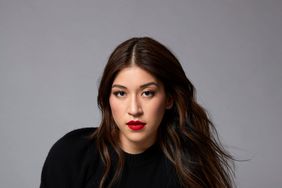