Larry King was seen in Beverly Hills on Friday, after rumors of his seventh wife Shawn's affair broke

Larry King appeared to be all business on Friday.

The 82-year-old newscaster was seen out in Beverly Hills, California – wearing his signature shirt, tie, and suspenders combo while walking the streets.

King stopped by a newsstand along his journey to pick up a copy of the day’s paper. He’s been making headlines across the country recently after news broke that his wife Shawn has been engaged in a yearlong affair.

The Larry King Now host addressed the the rumors in an interview that aired on Home & Family Thursday.

“[It’s] an interesting word, ‘rumor,’ ” Larry said. “You know, I’m been in the business – next May’ll be 60 years – and I’ve dealt with rumors a long time, interviewed people involved with rumors. Rumors are what they are – they’re rumors.”

“I tell you the truth: I don’t pay any attention to them,” he continued.

RELATED VIDEO: Larry and Shawn King Break Their Silence (and Hop into Bed Together!) amid Cheating Rumors

In 2010, Larry and Shawn filed for divorce, but later reconciled and filed petitions to stop the proceedings almost three months after the original filing.

A source previously told PEOPLE Larry’s kids are “disgusted and outraged” by his “sham interview” on the Hallmark Channel show.

The insider adds that Shawn and her father, Karl Engemann put Larry up to the denial – which also didn’t sit well with the TV legend’s family.

“They are controlling his mind,” explains the source. “This is another example of Shawn’s manipulation.”

A source previously told PEOPLE Larry was distraught about the alleged cheating.

“It’s true, and Larry is completely embarrassed and anguished by all of this,” an insider close to the situation said. “He doesn’t know what to do.” 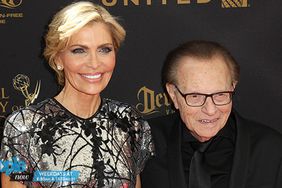 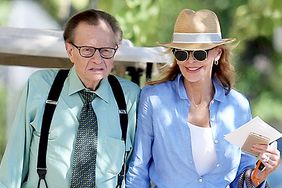 Larry King Putting On 'an Emotional Façade' After Cheating Reports: 'He Has a Fear of Being Alone' 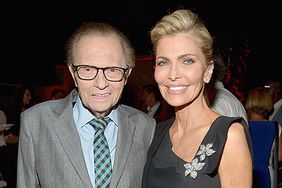 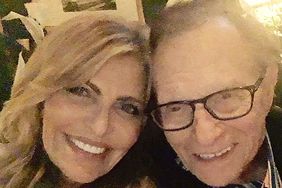 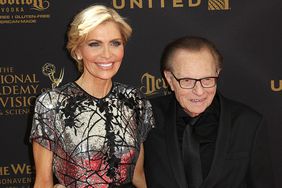 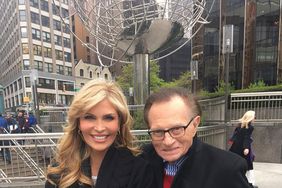