While most of the cast from Saved by the Bell have remained in the spotlight, Lark Voorhies has largely been out of sight.

The former teen star, known to a generation of fans as the fashionable Lisa Turtle, denies anything is wrong, but after a bizarre Yahoo! video went viral earlier this year, some questioned whether drugs played a role. Voorhies adamantly denied it. Instead, her mother says, she has been diagnosed with bipolar disorder.

In a series of interviews with PEOPLE, it was clear something wasn’t right. Voorhies, 38, would frequently stop mid-sentence and stare off, often mumbling to herself or to others who weren’t there.

“There are things that have traumatized her,” says Tricia, 64, who shares a home with her daughter in Pasadena, Calif. “I care deeply about my daughter and I want her to resume her life.”

PHOTOS: Saved by the Bell: Where Are They Now?

Voorhies says her “over-loving” mother worries about her, but there’s no need. She says she is not sick and keeps busy by working on low-budget indie productions, recording music and self-publishing her own books.

But what about the vacant stares and rambling moments?

“I have a strong spiritual sense,” she says. “You caught me in moments of pray [sic].”

For much more about Lark Voorhies’s sad spiral, what caused it and how her Saved by the Bell castmates reacted, pick up this week’s issue of PEOPLE 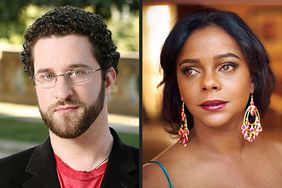 Dustin Diamond: She's Not the Lark Voorhies I Knew 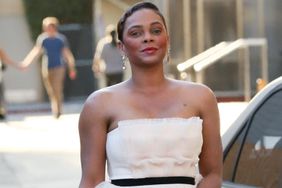 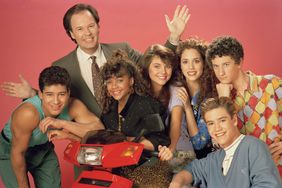