Former Dancing with the Stars alums Lance Bass and Lisa Rinna know something about the recent spate of injuries plaguing the show.

“No one really understands how grueling it is,” Bass, who made it to the finals on season 7, says of ballroom dancing.

“It is a sport,” Bass tells PEOPLE at the 7th annual John Varvatos Stuart House Benefit in West Hollywood on Sunday. “You’re throwing contestants into these rehearsals, and you think that dancing is just dancing, but it’s pretty straining on your body.”

In fact, six months later, the former ‘N Syncer is still recovering from a broken toe injury from Dancing. But that’s nothing compared to the latest season where singer Jewel and Access Hollywood host Nancy O’Dell have already been eliminated due to injury. The culprit: “Training too hard,” believes season 2’s Lisa Rinna.

“They’re all training eight hours a day,” says Rinna of this season’s current crop of contestants. “We trained three hours a day and we would take days off. They’re training too hard and they’re injuring themselves because they’re not athletes. It’s that simple.”

Rinna’s advice, which she has passed on to Dancing‘s casting director: “They have to make a rule that contestants can’t train over four hours if they want to keep the on the show.” –Vickie Bane 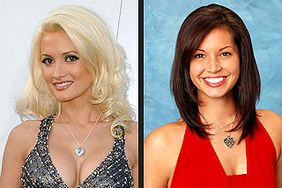