Two years and double the love!

In honor of her second wedding anniversary, Kym Johnson Herjavec posted a loving tribute to Instagram Tuesday dedicated to her husband Robert Herjavec.

“Happy Anniversary my ❤️ @robert_herjavec 2 years, 2 babies and 1 dog! ( maybe we need another dog) 🐶 👶 👶💕💝” she captioned a photo of the Shark Tank star pushing a stroller and walking their dog while out for a family walk.

The new parents first fell in love during Dancing with the Stars show rehearsals when they competed together on the 20th season in 2015. They wed a year later on July 31, 2016.

In December, the couple revealed that they were expecting twins after Johnson Herjavec, 41, confirmed her pregnancy with a too-cute ultrasound photo featuring one of an unborn children flashing a thumbs-up gesture.

And four months later, the new mom announced in an Instagram photo that the couple had welcomed son Hudson Robert Herjavec and daughter Haven Mae Herjavec.

In celebration of her first Mother’s Day, she shared a very real side of new motherhood with her followers by posting two photos of herself in the midst of breastfeeding her newborns: one of her multitasking while feeding as well as a hilarious snapshot of her breastmilk leaking through her clothes.

“I never realized being a Mom was so glamorous. My Mom gave me some great advice when we came home with the babies which was Keep a good sense of humor,” said the new mom.

She also credited her husband for being by her side.

“Thanks @robert_herjavec for capturing these VERY REAL New Mom Moments!!” she said. “Happy Mothers Day to My Beautiful Mom and all the incredible Moms everywhere. I’m just a rookie at this job and learning every day but I’ve never done anything more challenging or amazing!” 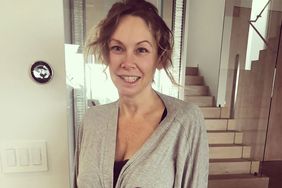 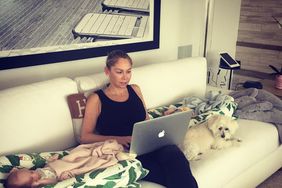 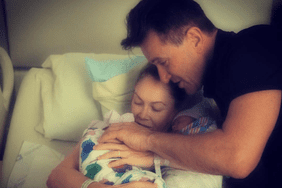 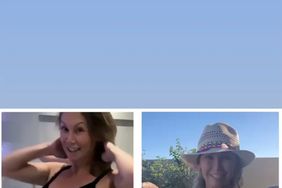 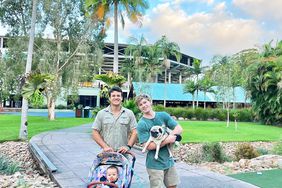