"We go back and forth from my Calabasas house and the city home that we actually got together," says Jenner

Kylie Jenner says she and boyfriend Travis Scott spend every night together.

At the very end of an interview with her sister Kendall Jenner for Vogue Australia’s September issue, the 21-year-old Kylie Cosmetics mogul set the record straight about some incorrect information she’d read online about their relationship.

“I’m actually scrolling through Instagram right now, and it says that me and Travis don’t live together, and so I just want to say that we never miss a night with each other,” she remarked.

“We go back and forth from my Calabasas house and the city home that we actually got together,” she added.

Jenner also opened up about how special it’s been that both she and Scott, 26, became parents for the first time after welcoming their daughter Stormi on Feb. 1.

“We both experienced this for the first time, so I love learning together and just watching him with her,” she said. “He’s so good with her and she’s really obsessed with him.”

The Keeping Up with the Kardashians star’s new interview comes just one day after she revealed that both she and Stormi would be joining Scott on his Astroworld tour.

“Me and storm ready for tour,” she captioned a photo of Scott’s tour graphic.

While this is Jenner’s first time on the road since the birth of the couple’s child, the reality star previously joined Scott on tour in 2017, immediately after the pair hit it off at Coachella.

“Coachella was one of the stops on his tour. So he said, ‘I’m going back on tour — what do we want to do about this?’ Because we obviously liked each other,” Jenner recalled during a recent interview with GQ. “And I was like, ‘I guess I’m going with you.’ So I just went on tour.”

“I really jumped on the bus. And then we rode off into the sunset. I did the whole tour with him,” she said, explaining their time on the road together solidified their bond.

“We had a lot of downtime. It was organic. And we would just go to these random cities. We got to not be who we really were. Like, if we were in L.A., I feel like it would’ve been way different. Everything happened for a reason,” Jenner said. “We weren’t going out as ‘Kylie and Trav.’ We would just be in Cleveland, walking the street for hours. We would go on walks, and no one would bother us.” 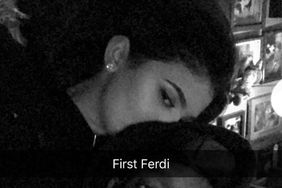 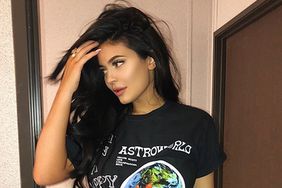 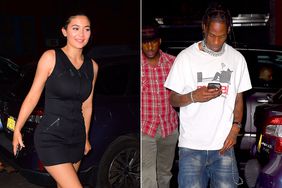 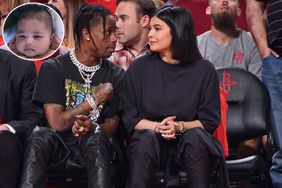 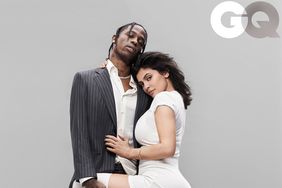