Jenner and her family touched down in Italy last Tuesday, August 6, to celebrate the beauty mogul's 22nd birthday

Kylie Jenner is leaping into her 22nd year of life!

On Tuesday, Jenner shared a series of videos, which show her jumping off the mega yacht Tranquility — the 300-foot ship she chartered for her lavish birthday celebration in Italy — and into the deep blue sea.

“I’m so scared,” Jenner, 22, yells out in one clip before mustering up the courage to take the intense plunge.

“Oh my God! Did you see mommy jump?” someone says in the background of the clip, seemingly in reference to Jenner’s 18-month-old daughter Stormi.

“That’s high as f—!” Jenner screams from the water.

Another clip, taken from below the yacht, shows the makeup mogul jumping off in slow motion.

Of course, Jenner wasn’t the only one to take on the challenge.

Her boyfriend Travis Scott also leapt off the ship — without any hesitation.

Jenner and her family touched down in Italy last Tuesday, August 6, to celebrate the beauty mogul’s 22nd birthday. While on the trip, the Keeping Up With the Kardashians star has been sharing several sweet moments with her daughter on social media, as well as with Scott, 28.

On Monday, Jenner shared a photo with Stormi, which shows the duo wearing matching blue, shirred dresses by TLZ L’Femme.

Her sister, Khloé Kardashian commented soon after, “Oh my cutenesses,” while Paris Hilton also remarked in the comments section, “💙😍😍💙.”

On Sunday, they continued festivities with some family sightseeing in Positano, Italy, and Jenner posted some precious photos of the family exploring the Italian coast on Instagram.

“A love without limits,” the mother of one captioned a post of herself and Stormi sitting together, while she captioned another of the pair sharing a kiss with an incredible view behind them, writing, “Blessed.”

Scott also shared a cute father-daughter moment with Stormi while the family took a boat ride along the coastline that was seen in the Kylie Cosmetics mogul’s Instagram Story. 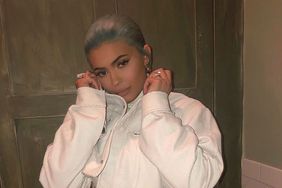 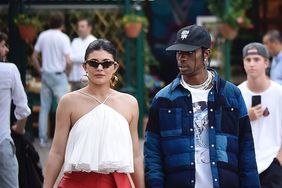 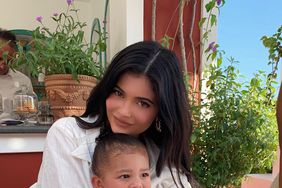 Stormi Takes Italy! All the Pics from Kylie Jenner's European Birthday Trip with Her Daughter