Kylie Jenner and Travis Scott seem to have entered a new stage of their relationship — but their focus will always be on daughter Stormi Webster.

After Jenner and 3-year-old Stormi flew to New York City to support Scott at Tuesday's Parsons Benefit, a source tells PEOPLE there's "a different energy" between the former couple.

"Although they always got along, there is a different energy between them now," the insider says. "Kylie and Travis are very close again. Kylie flew to NYC to support him. It's just great to see them back together."

"They never put any pressure on their relationship," the source adds. "The focus was always on being the best co-parents. They still keep separated homes in L.A. because this is what works for them."

At the benefit, Jenner, 23, and Scott, 30, posed for photographers together on the red carpet of the event, which was held at The Rooftop at Pier 17 in the Seaport District. Stormi stood by their side wearing a charcoal-colored dress and some high top sneakers.

Inside the event, an onlooker told PEOPLE that the pair were open with their affection towards one another.

"Travis and Kylie were being very sweet and cute together," said the source, who added that "they were holding hands."

Scott also showed some love for Jenner during his acceptance speech, saying, "Wifey, I love you so much," according to the insider. (Scott has used the endearing term to describe the Keeping Up with the Kardashians star in the past.)

"They love each other. They enjoy spending family time with Stormi. They all travel together. Kylie and Travis also have date nights," a source said last month. "They have worked hard to create a family situation that's best for them. Being together 24/7 doesn't work, so they still have separate homes."

"They are not exclusive, but Kylie isn't seeing anyone else, either," the source added. 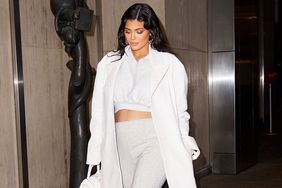 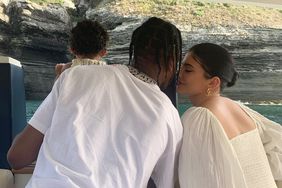 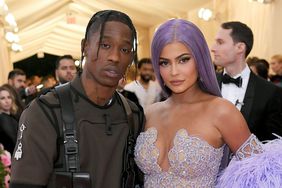