Lisa Rinna‘s lips may have finally caught up with her.

On Tuesday’s all-new Real Housewives of Beverly Hills, the 53-year-old actress found herself in hot water after Kyle Richards learned Rinna was feeding Eden Sassoon with exaggerations about her sister, Kim Richards.

Rinna had suggested that Kim — a recovering addict — might be in the middle of a relapse. “I would say she’s probably mostly sober right now,” Rinna told Sassoon during a shopping trip four episodes earlier. “I don’t think she’s completely.”

She didn’t stop there. Rinna also went on to blame Kyle for encouraging Kim’s self-destructive behavior. “An enabler is someone that continues to support — where it’s through love or financially — an addict,” Rinna said. “Kyle’s her enabler, I will say that.”

The situation is so bad, Rinna said, that Kyle fears Kim will die from the substance. “That’s what Kyle’s afraid of,” she explained. “She’s afraid to turn her back on her sister because of that. She’s afraid she’s going to die. I know it, you know it. To me, this is what’s going to happen next. They’re this close to Kim dying.”

For weeks now, Sassoon (a recovering alcoholic herself) has been trying to connect with the Richards sisters, talking to them about how their lives parallel the experiences she had with her sister Catya Sassoon, who died of a drug overdose in 2002 when she was just 34.

Her efforts have not gone well, to say the least. Just last week, Kyle denied being her sister’s enabler, telling Sassoon, “I think you’re just injecting yourself into something you don’t know anything about.”

Kim had similar feelings. “You were looking for trouble and I didn’t want to be around that,” she said. “I just needed to back away from you a little bit.”

Kyle’s BFF Lisa Vanderpump was far more blunt. “We started off on the right foot, and I’m happy about that — but my other foot will kick you in the ass if you come after my girl Kyle,” she warned Sassoon.

Sassoon defended herself to Vanderpump at the beginning of Tuesday’s episode — while swiftly throwing Rinna under the bus.

“I’ve never second-guessed [Kim’s] sobriety in all of this,” Sassoon said. “Rinna said to me, ‘I don’t think she’s sober!’ Kyle’s guilt came up and the fact that she enables her, and it got intense. Rinna said to me that Kim is on the path to destruction — near death. And then we get together and Rinna, she’s gone! It’s as if she throws me in to Kyle and Kim and all they see from me is that [I’m interfering].”

Vanderpump — shocked by the information — didn’t waste any time getting Sassoon’s story back to Kyle.

On a trip to Punta Mita, Mexico, Vanderpump pulled Kyle aside. “Rinna has said that she doesn’t believe that your sister is truly sober and that she is near death,” Vanderpump said. “And that is what she is telling Eden. And Rinna says to Eden that you are an enabler.”

It all made sense to Kyle. “Now I’m understanding why Eden was so obsessed with my sister Kim and with what she’s gone through,” Kyle said. “She’s probably thinking, ‘Oh my gosh this is horrible. Maybe I can help?’ ”

Once again, Kyle was quick to deny being an enabler. “That’s somebody who doesn’t step in — that is completely opposite of anything I have ever done with my sister.”

Kyle’s relationship with Kim and her addiction has been well-documented on RHOBH. They’ve fought many times on camera, including one very heated argument in the back of a limo during the show’s first season and a few tense reunion moments. They even went months without speaking.

The sisters have been at a truce in recent years, with Kyle supporting Kim’s recovery. She entered rehab in 2011 — and then again in April 2015 following her arrest for public intoxication. Kim left her Malibu treatment facility for her daughter’s nuptials in May 2015, but checked herself back in two weeks later. She claims she’s been sober ever since.

“Just because I don’t announce what goes on behind closed doors and talk about what happened in the past and explain my sister’s life and my side of it and what we went through, they’re making up their own f—ing story?” Kyle said. “Lisa Rinna’s creating her story from that knowing f—ing nothing and then giving that to her?”

Earlier in the episode, Kyle had asked Rinna where Sassoon was getting the information from about Kim. “I have to think about that for a second,” Rinna wondered. “I don’t know what she knows, to be honest, because I don’t talk about it much.”

Looking back on that conversation, Kyle was furious. “I spoke to Rinna and I said to her, ‘I don’t understand why Eden keeps inserting herself’ and she acted like she didn’t know why,” she said. “My sister’s complicated. I know that. Was she lovely to Lisa Rinna on game night? No. But that doesn’t mean going around making up s— about her that’s not true. That’s not f—ing fair.”

“This last year and a half has been very hard for my sister,” Kyle continued. “And she’s on a really good path and has a lot of exciting things happening in her life. And [Rinna] cannot come along and f— that up and then accuse me of contributing to that. Lisa Rinna needs to sew her f—ing lips shut.”

As Vanderpump pointed out, she’s going to need a lot of thread. 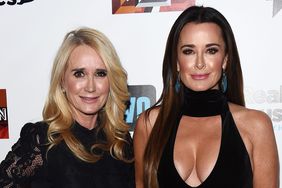 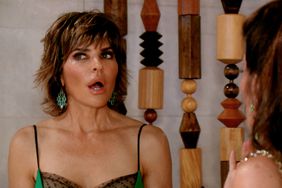 'RHOBH' Sneak Peek: Lisa Rinna is 'in Shock' When Confronted by Kyle Richards over 'Enabler' Gossip 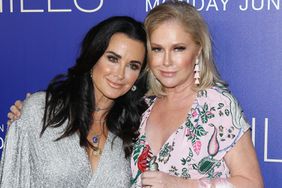 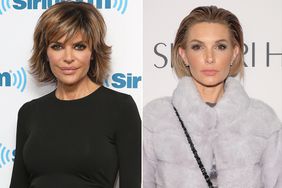 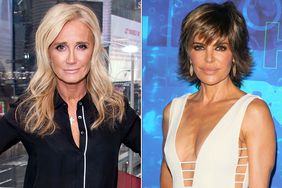 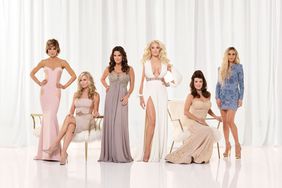 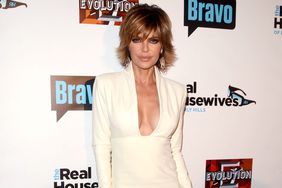 Kyle Richards Denies Allowing Sister Kim Richards to Abuse Substances: 'I Am Not an Enabler' 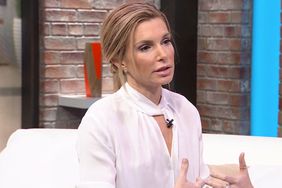 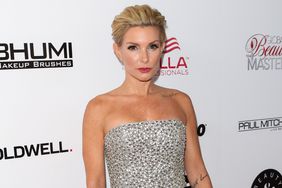 Eden Sassoon Happy Not to Return to 'RHOBH' : 'I Feel Free and Alive to Be the Real Me' 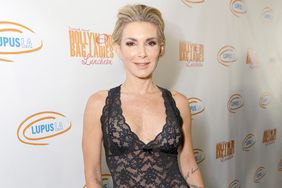