In a sneak peek at Thursday's series finale, Kourtney Kardashian voices her frustrations about her family's relationship with her ex

In a sneak peek at Thursday's series finale of Keeping Up with the Kardashians, Kourtney, 41, expresses her frustrations over her family's tendency to side with her ex Scott Disick when it comes to her relationship with him.

"I just feel like I'm really over it with my family enabling Scott because they don't know all of the details," says. "When Scott and I broke up, I set certain boundaries with him."

While Kourtney acknowledges that Scott has "made so many major life improvements" over the years, she says he still lacks the "consistency" that she needs to see from him. She also believes he's "playing the role of the victim" with her family.

"I just can't have it keep going on and on," she says.

As Kourtney speaks with sisters Kim and Khloé Kardashian about this ongoing dynamic, the 40-year-old Skims founder asks Kourtney whether she would tell Scott that "it's never going to happen" with them.

Kourtney admits that a reconciliation with Scott isn't necessarily off the table — it's just not happening right now.

Understanding where Kourtney is coming from, Khloé explains that her sister needs to see the proof that the changes Scott has made will stick.

"But that's never been able to happen," Kourtney says. "But you guys usually agree with him and you're like, 'Yes, Kourtney, what is she doing? Why isn't she taking it seriously? You've changed so much.'"

When Khloé acknowledges that Kourtney is "right" and asks her what they can do moving forward, Kourtney requests that they all "stop agreeing" with Scott.

"I put it back on him and say the things that I've asked of you to do since we broke up have not been done," she continues. "My point was if he ever says it to you guys, just feel free to say that one thing and end the conversation."

Khloé, 36, apologizes, saying the family will "do better" moving forward.

Kourtney says she believes what's best for Scott is for him to "be accountable" for himself but still be "supported" by the family when he needs it.

Kourtney's conversation with her sister also comes after she spoke with mom Kris Jenner about Scott in last week's KUWTK episode. At the time, Kris expressed her desire to see the former couple settle down together.

KUWTK: Scott Disick Tells Kourtney Kardashian He Doesn't 'Like Seeing' Her 'with Another Guy'

"Listen there's nothing that I would love more than to see you live your life and grow old with someone, be happy and content and peaceful. And it would always be so fabulous if it was the dad of your children, you know," Kris, 65, said as Kourtney replied, "Wouldn't that be a dream?"

When Kris said that Scott "would love for it to be" him and Kourtney in the end, Kourtney suggested that her ex is "a talker."

Kourtney and Scott, 38, split for good in 2015 after dating on and off for nearly a decade. They have since forged a strong friendship while coparenting their sons Mason, 11, and Reign, 6, and daughter Penelope, 8.

As fans know, both Kourtney and Scott are currently in new relationships. PEOPLE confirmed in January that Kourtney is dating Travis Barker, while Scott was first linked to Amelia Gray Hamlin in October 2020.

The series finale of Keeping Up with the Kardashians airs Thursday at 8 p.m. ET on E! 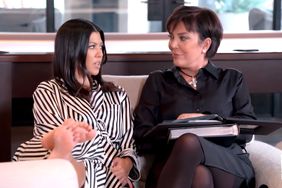 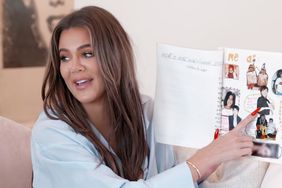 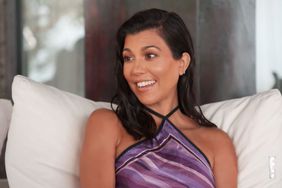