On Thursday's episode of Keeping Up with the Kardashians, Kim and Khloé Kardashian are finally able to track down the identity of the person running the page, which currently boasts more than 780,000 followers.

As it turns out, the woman behind the page isn't a Kardashian-Jenner or a friend of the family. She's a fan named Natalie who started the account seven years ago.

After Tracy Romulus, who is the Chief Marketing Officer for KKW Brands, helped the sisters contact Natalie, they flew her out to Los Angeles so that she could meet Kim and Khloé face-to-face.

"I told North I was meeting with Nori's Black Book today, and she like had no idea what I was talking about," Kim, 40, tells Khloé, 36.

"Right, I was gonna say that she knows who that is?" Khloé responds.

Kim Kardashian's Kids Each Gift Her Personalized Perfumes for Mother's Day: 'So Thoughtful'

Meeting Natalie at a restaurant, they finally get some answers.

"The legend, right in front of us!" Kim says as she and Khloé walk up to the table.

"It's so crazy. Like, are you guys real?" Natalie laughs. "This is insanity."

Khloé gets right down to business, telling Natalie: "I have so many questions for you. So like, how did this start? How are you exactly how I would think North is?"

She tells the sisters that she started the account after joking with her friends about the Kardashian Kids line at Babies R Us several years ago.

"I'm on the phone with my friends — this is when the Babies R Us collection came out — and you weren't showing North's face yet, just her body," Natalie says to Kim. "And I'm on the phone and I'm like, 'God North would be so f------ pissed. Can you imagine being North West and you're wearing Babies R Us? The nerve!' And then just like a lightbulb went off."

She continues, "You were calling her Nori at the time, so I'll make it Nori's Black Book because you and Kanye were like really into black at the time, and North was only wearing black so I was like, 'This is perfect.' So I kind of just started on Instagram and then I built her personality off Kim's, how direct she is with all of you ... It's kind of like, 'Okay, if you think Kanye has ego and you think Kim's a little direct, like meet North West, she's 1,000 times."

"That's literally what she's like though," Kim tells her, and Khloé agrees.

Before the sisters leave the restaurant, Kim FaceTimes North to meet the mastermind behind her parody account.

"North, I really want you to meet someone okay? Her name's Natalie. Can you say hi?" Kim says.

North barely looks at the camera, prompting Khloé to joke: "So, you've got her personality down perfectly."

In conclusion, Kim says in confessional that "Nori's Black Book aka Natalie is everything that we hoped for and more."

Ahead of this week's episode, Nori's Black Book promoted the clip on its Instagram page. "Uh-oh! Mommy and Auntie KoKo are trying to figure out who is 'Nori's Black Book,' " the caption reads. "They asked everyone they know, even Mason. Do you guys have any guesses???"

The page hasn't yet done an identity reveal since Thursday night's episode aired. 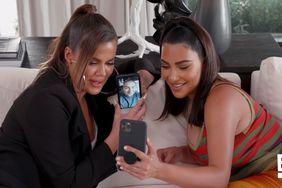 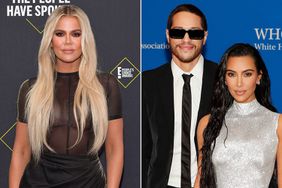 Kim Kardashian 'Is in LOOOOOVVVEEEE' with Pete Davidson, According to Sister Khloé Kardashian 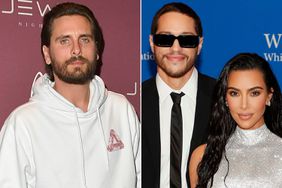 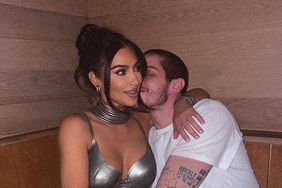 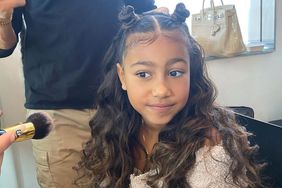