Kristoff St. John‘s fiancée won’t be at his memorial.

Kseniya Mikhaleva, who is a Russian native and currently lives in Moscow, announced on Instagram that she is unable to attend the Young and the Restless star’s service Monday due to problems with her visa.

“It is with deep regret and sorrow in my heart that I make this statement,” wrote Mikhaleva, who got engaged to St. John in September 2018. “For a year, I was the happiest women on Earth. That changed in a second. I still cannot believe that Kristoff is gone, so early, so unexpectedly, one month after our last meeting in Moscow. In the two years that we were together, he taught me so much – how to love and be loved, how to open the best in other people, how to help people, and simply how to be a good human being. We planned to get married; we had many plans in the future together. With him gone, I have no idea what to do.”

“My thoughts and prayers are, first of all, with his two wonderful daughters whom he loved so much, with every member of his family, with his friends, and with the people that watched him every single day on television,” she continued. “People for whom he played, people who inspired him to work and live. Also, I want to state that I have seen several funds claiming that they were opened by me. As of today, I have not opened and am not planning to open any funds. Everything that you see was/is fake.”

“Right now, I want to be with him, his family, and his friends,” added. “I am getting thousands of support texts on my Facebook and Instagram and people are asking why I am not with him and how they can help. Several weeks ago I applied for an “emergency”visa for the funeral to say goodbye my fiancé and beloved💔💔💔. The reply from the Embassy was “No”. My heart is broken. I am going through this with a huge pain in my heart,and realize that I don’t have opportunity to say goodbye to him and put flowers on his grave. It is not right, not fair. 💔🕊Fly, my love, and finally find peace 🙏🏻❤️. Any person in my place would be torn into pieces. It’s scary, painful, and disgusting that I cannot be with my loved one and his family on his last journey to eternal peace.RIP @kristoffstjohn 💔💔💔🕊”

The Los Angeles County Medical Examiner-Coroner confirmed to PEOPLE that St. John was found dead at a home in Woodland Hills on Feb. 3. He was pronounced deceased at 4:02 p.m.

According to the Los Angeles Police Department, a death investigation took place at around 2:05 p.m. for a possible alcohol overdose at the 2300 block of Morea Way.

Prior to his death, St. John rang in the New Year with Mikhaleva and shared multiple photos of their celebration to Instagram, referring to her as “my love.”

After news of St. John’s death broke on Feb. 4, Mikhaleva posted and then deleted an Instagram post mourning the loss of her late husband-to-be.

Kristoff St. John Calls His Role ‘Such an Accomplishment’ in The Young and the Restless Tribute

Mia, 51, previously spoke out about her troubling final conversation with the actor.

“He called me at 11 a.m. and the first thing he said is, ‘Oh Mia, thank God you answered,” Mia tearfully told Entertainment Tonight of speaking to St. John on the morning of his death.

Mia then told ET that St. John was disoriented and told her that he saw their late son.

“‘Julian’s at the door,’” Mia recalled her ex-husband telling her over the phone.

The soap opera star will be buried at the Valley Oaks Memorial Park in Westlake Village, California, on Monday, next to his son’s grave.

Julian struggled with mental illness before his death, and some of St. John’s final social media posts reflected on his son’s suicide. On Jan. 21, St. John retweeted someone’s post about losing a child that read, “Grieving the loss of a child is a process. It begins on the day your child passes, and ends the day the parent joins them.”

“Never a truer word was spoke,” tweeted St. John, who is also survived by his daughter Paris (with Mia), and daughter Lola (with ex-wife Allana Nadal). “Thanks for posting this.” 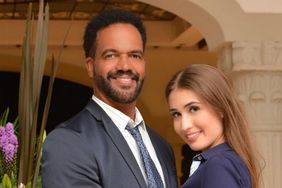 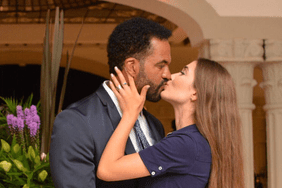 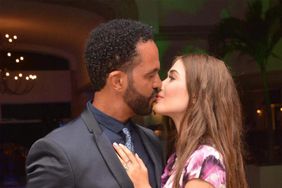 Kristoff St. John Buried Next to Son After His Dad's Emotional Eulogy: 'I Love You, Man' 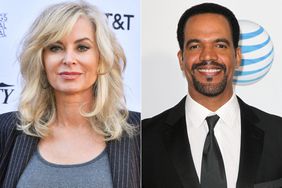 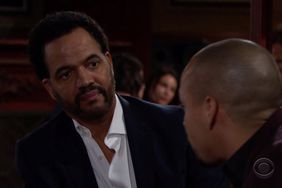 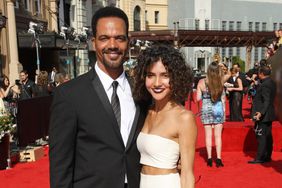