Kristin Cavallari's Cutler days are coming to a close.

Amid her ongoing divorce with estranged husband Jay Cutler, Cavallari, 33, revealed on Wednesday that she is "working on" dropping the former NFL star's last name from her own — thus having her maiden name restored.

During a video interview with On Air with Ryan Seacrest on Wednesday, the radio host pointed out to Cavallari "that your name on the Zoom should be changed," he said. “It says Kristin Cutler on my screen.”

"Oh my God, I didn't even notice that!" Cavallari said with a laugh. "Wow!"

"Technically, I'm still Cutler. Working on that," she said. "I'm literally going to take a note right now to change it."

Unaware that it still read as "Cutler," Cavallari thanked Seacrest for pointing it out.

"You're the first person that's said that! Thank you for pointing that out!" she said. "Appreciate it."

She also discussed how couples can grow together versus growing apart over time.

"But I guess it just boils down to: Can the other person catch up in time? I don't know," she said. "I wish I had that answer. I probably wouldn't be getting a divorce if I did."

Back in April, just weeks after they returned from the Bahamas with their children, Cavallari and Cutler, 37, shared shocking Instagram posts revealing their decision to separate after seven years together.

In an exclusive interview with PEOPLE, Cavallari recently broke her silence on their decision to divorce — revealing that she and Cutler had been struggling privately for years, and they made a conscious effort to keep their marriage woes hidden.

"I always thought it was interesting when people would refer to us as 'couple goals,'" said the Uncommon James founder. "I was like, 'If you guys only knew.'"

As their marriage hit a crisis point during the filming of Very Cavallari last season, "we definitely kept a lot of stuff private," she added. "Producers saw stuff, but they didn't put it in the show — which is good, because I don't want my kids to ever [see that]."

Although their split announcement seemingly came as a surprise, "it didn't happen overnight," Cavallari said of their breakup. "We tried really, really hard for years and years. It was the hardest decision I've ever made."

In the weeks following their divorce announcement, the exes engaged in a fraught few weeks of legal back-and-forth. But now, Cavallari and Cutler — who share sons Camden, 8, and Jaxon, 6, and daughter Saylor, 4 — have settled into a co-parenting routine.

"I still care so much about him and talk to him almost every day," said Cavallari, whose new cookbook, True Comfort, is out now. "We have three kids together. He's going to be in my life forever."

As for what went wrong between the exes?

"Every relationship has their stuff. I met Jay when I was 23. I was a baby. Jay and I had so much love for each other, but we grew up," she said. "When you work at something for so many years and nothing's changing, I think you have to just make a decision. We all want to be happy." 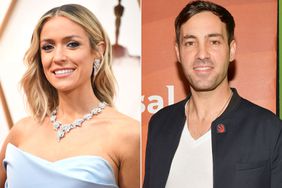