No Hollywood wedding planner. No big dress. Just a couple of kids on a Thursday morning at the courthouse, with an impromptu officiant sealing the deal.

That’s how Kristen Bell described her October wedding to husband Dax Shepard, which went off happily and without the usual celebrity pomp and flourish.

“We wanted the lowest-key day possible,” Bell, 33, told Jay Leno on Thursday of her quiet nuptials. The couple had dated since 2007 and became engaged in 2010.

Seeking to seal their union quietly, the couple filled out paperwork online and then showed up at the courthouse to pick up their marriage license, only to learn that they would need someone to officiate.

“They said, ‘No, you actually have to have someone ordaining you,’ ” the House of Lies star said, explaining that she and Shepard, 38, had somehow misunderstood the rules.

The couple frantically texted friends whom they knew were ordained, but no one could help. Finally someone in the courthouse volunteered to marry them.

“I don’t fault anyone who wants a big day – especially girls,” Bell previously told PEOPLE. “[But] we get more than enough attention in our everyday lives. I also wear more than enough party dresses.”

The wedding reception after their quick vows was just as chill, she told Leno.

“Then we got sandwiches and called it a day. We called that our wedding brunch,” Bell, who lends her voice to the new Disney animated musical film Frozen, joked.

She did, however, cop to having one festive perk: “We drove in the Lincoln, so that was nice,” Bell said of their transportation of choice, which is also the name of their daughter, Lincoln, now 8 months. “We had a playlist, so it was romantic.” 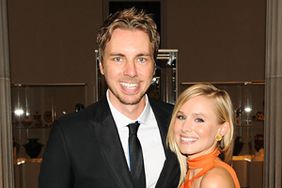 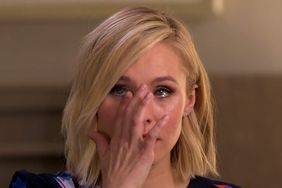