"His absurd allegations are clearly fabricated and are contrary to easily confirmed facts. Kris never acted inappropriately toward him," Kris Jenner's attorney, Martin Singer, said in a statement

Kris Jenner has been accused of sexual harassment by her former security guard, something that she denies ever took place.

The ex-employee made a number of allegations against the Keeping Up with the Kardashians star in a new lawsuit — including sexual harassment, racial and gender discrimination, and wrongful termination — which also lists Jenner's eldest daughter Kourtney Kardashian as a defendant. David Shield Security, the private security company that the former guard worked for, is also being sued. David Shield Security did not immediately respond to PEOPLE's request for comment.

In the court documents obtained by PEOPLE, the former bodyguard, who identifies himself as a Black man named Marc McWilliams, claims that Jenner "embarked on a pattern of conduct involving non-consensual physical contact with [McWilliams] of an inappropriate and sexual nature."

"His absurd allegations are clearly fabricated and are contrary to easily confirmed facts. Kris never acted inappropriately toward him. The security company stopped assigning McWilliams to work there after the guard was repeatedly caught sleeping in his car on the job. Significantly, McWilliams never made any complaints to his employer about Kris until contriving this ludicrous claim a year later," the statement continues. "Although Kourtney is named in the suit, she is not accused of doing anything improper, nor did she do so. When Kris and Kourtney defeat this frivolous lawsuit, they intend to immediately sue McWilliams and his attorneys for malicious prosecution."

McWilliams states in the legal documents that the alleged behavior began after he started working for Jenner, 64, and Kardashian, 41, in May 2017.

He alleges that Jenner made sexual comments about his physical appearance and inquired about his "sexual activities."

"Between May, 2017 and September 12, 2018 defendant Jenner began repeatedly and frequently causing her body to come into intimate physical contact with the body of [McWilliams] and making overt comments of sexual nature to [McWilliams] on a repeated basis," the filing states.

Between May 2017 and September 2018, McWilliams claims he began complaining about Jenner's alleged behavior to his supervisors at David Shield Security and to the HR department of the company, but nothing was done.

McWilliams also claims that he expressed to Jenner that "such misconduct was unwelcome" and requested that she "cease and desist any such further misconduct."

He alleges, however, that Jenner "ignored all such requests."

McWilliams claims that as a result of his complaints, Jenner allegedly retaliated. The filing alleges that Jenner and David Shield Security, as well as Kardashian, "began a campaign of harassment, intimidation and further torment."

As part of the alleged "campaign of harassment," McWilliams says Jenner, Kardashian and David Shield Security berated him at work and fabricated "false disciplinary excuses such as tardiness," as well as "false claims of 'poor attitude.'"

He claims he was also mocked in front of his co-workers and was subject to "suggestive, sexual, sexist, racist and otherwise discriminatory comments."

McWilliams further alleges his hours were also reduced and he was later "suspended" from working for Jenner, but was still allowed to work with Kardashian.

The filing states that McWilliams was ultimately fired on Sep. 12, 2018. He alleges he then filed a claim with the Department of Fair Employment and Housing.

McWilliams believes he is "entitled to punitive and exemplary damages in an amount as yet unascertained but sufficient to punish and make an example of defendants, and each of them," the filing states. 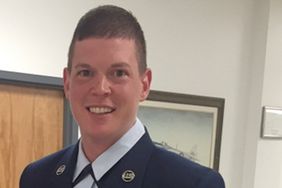