"I mean, today is not the day ... I've had no sleep," Kim Kardashian West tells her sister Kendall Jenner

The first episode of Kocktails with Khloé is shaping up nicely: First, we got wind that Snoop Dogg is a guest, and now we get to watch Kendall Jenner prank Kim Kardashian West in the best way possible.

In a sneak peek at Wednesday’s premiere, Jenner joins Khloé Kardashian on set as a guest to call up Kardashian West pretending she’s pregnant – and hilarity ensues.

“Hey. Um, so I was calling you because I wanted to tell you something and I haven’t told anyone yet because I feel like you could help me figure out what I should do,” Jenner, 20, says over the phone.

“Oh God, what now?” Kardashian West, 36, can be heard saying on speakerphone.

“Are you kidding? Are you calling looking for Mom?” Kardashian West responds, sounding shocked.

“No, I was looking for you cause I didn’t know who to tell first and I felt like if I told Mom she would freak out so I was like, coming to you for support first,” Jenner tells her older sister.

And that’s when the real fun starts, as Kardashian West, instead of freaking out, ends up venting to Jenner about how this just isn’t really the right time for her to be dealing with this.

“I mean, I don’t even know. I’m not the one to talk to, because I have like the worst experience and I’m so fresh off of the worst birthing experience,” she says as the group on set – which in addition to Jenner and Kardashian, 31, includes Aisha Tyler, Kym Whitley and Brandi Glanville – begins to giggle. “I mean, today is not the day cause I literally would be a bit more negative cause I’m on one hour of sleep cause North was up all night and I was feeding [Saint] every two seconds and literally, my day has been like, so crazy and I’ve had no sleep and I want to like, die. Today is – I feel like, oh my God, it’s so hard.”

Kardashian West then mistakes everyone’s laughing and scuffling around in the background as Jenner crying and immediately offers to come over.

“I’ll bring my 30 kids and you can babysit for two seconds to see how you feel,” shesays.

At this point, Kardashian, rolling her eyes, decides to interrupt: “Kim! It’s Khloé. Did you know that we were calling you? You’re on my show.”

Here’s to hoping there’s plenty more pranks to come on Kocktails with Khloé, which premieres Wednesday at 10 p.m. ET on FYI. Cheers! 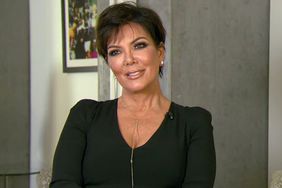 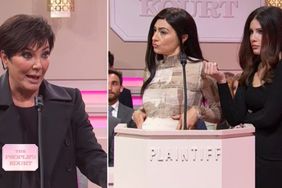 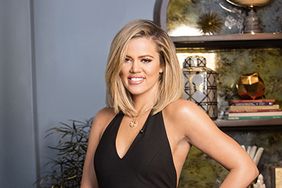 Khloé Kardashian Opens Up About Dating After 2013 Split from Lamar Odom: 'Why Am I Cast as Some Jezebel?'

Kris Jenner Isn't Denying Daughter Khloé Plied Her with 'Kocktails' : 'I Was a Little Sloppy' 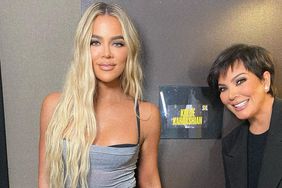