Is Kirby Jenner Real? Everything We Know About the Comedian Parodying the Kardashians

If you haven’t heard of Kirby Jenner, prepare to be amused and confused at the same time.

Though his real identity remains a mystery, the man behind the Instagram parody account calls himself Kendall Jenner‘s “fraternal twin brother” and expertly Photoshops himself into her and her famous family’s photos.

He’s amassed a considerable following — to date, he boasts 1.2 million on Instagram and almost 12,000 on Twitter. And his platform is about to get a whole lot bigger: Quibi announced Monday that Kendall and Kris Jenner are executive producing a series titled Kirby Jenner for the upcoming mobile streaming network. The show will chronicle Kirby’s daily life, hailing him as “the ‘unsung hero’ of the Kardashian/Jenner family … ready to step in front of the camera for the first time.”

Here’s everything we know about the mysterious Photoshop wizard.

He’s been doing this for a while.

Kirby first posted an Instagram on July 24, 2015, when he shared a side-by-side blend of his and Kendall’s faces.

“Our nanny used to always call us her princess and cabron,” he wrote. “Miss ya Yulanda! #bloodthickerthanwine #littlegoat #nanny #twins #princess #blessed #kirbyjenner.”

It didn’t take long for him to catch Kendall’s attention.

The supermodel, 24, liked several of Kirby’s early posts on Instagram. She also follows him, as does her sister Kylie Jenner and a bunch of other celebrities, including Gigi Hadid and Sophie Turner.

In the handful of interviews he’s given over the years — including to Vice, Allure, Teen Vogue and Interview magazine — Kirby presents himself as Kendall’s absolutely real twin bro. Oh, and he’s not bitter that she crops him out of all her pics.

“Oh well actually Kendall isn’t doing any of the cutting herself … I think it’s mostly this guy Mario on her fashion team,” he told Teen Vogue. “I accidentally flew my drone into his face and I don’t think he’s forgiven me. Yikes, I know. But also, getting cut out of photos is just part of the fashion world I guess. Gotta just keep moving forward and having fun. Also I should probably apologize to Mario but at this point it might be awkward? What do you think?” 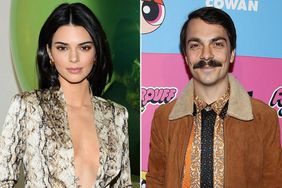 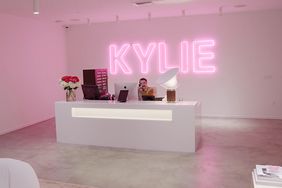