Being Kim Kardashian West has its perks — and its downfalls. Just ask the reality star herself.

During a keynote conversation for Create & Cultivate‘s Los Angeles conference on Saturday, Kardashian West admitted to best pal Allison Statter and the gathered audience at City Market Social House, the one thing she dislikes about fame.

“When I just look like s— and want to go outside and eat a churro and not have anyone up my a–,” Kardashian West replied when Statter, co-founder and co-CEO of Blended Strategy Group, prodded her to name her “least favorite thing” about being a celeb.

Yet, there are still some definite perks. When asked her “favorite thing about being Kim Kardashian West,” the 37-year-old said, “The free s—.”

After some laughter, she elaborated, “No, the free trips. Free trips, free planes, free everything! I do love to share. When I get free stuff, I give it to literally everyone, family, friends.”

And those trips also mean an escape for Kardashian West.

“Trips are usually what I do for gifts now,” she shared. “Material things don’t make me happy anymore, but experiences do. For my birthday, my husband [Kanye West] took me away to Utah to this hotel for two days and we slept the entire time. I think that was so much fun, and everyone just mentally needs to take a break.”

Kardashian West opened up about a variety of topics, also revealing the reality show that made her want to share her own life on television.

She later added of the series, “I was obsessed.”

“Something in my soul — I know this sounds cheesy — but I just wanted to be on a reality show,” said Kardashian West.

Kim Kardashian Says New Hulu Series Shows How She and Pete Davidson Connected: 'All the Details' 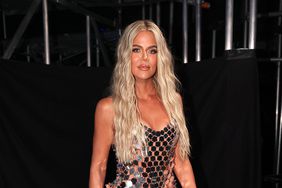 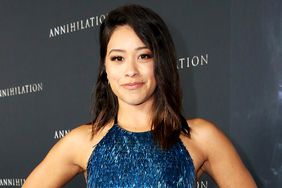