If one thing has become clear from Tristan Thompson's alleged cheating scandal, it's that nobody should get on the wrong side of Khloé Kardashian's loved ones

As the trio hit the road, Kim, 38, recorded a few moments with Malika, 35, from the back seat, where they sang along to Nivea’s “Don’t Mess With My Man.”

In the video — which has since been deleted from Kim’s Instagram Stories — the women danced and lip-synced to the tune before Kim turned the camera onto Malika at one very specific moment.

“Here’s a little advice for you, find your own man,” Malika sang looking directly to the camera and seemingly sent a message to Woods, 21.

Khloé, 34, however, was not captured in the videos on Thursday, as she was sitting in the front seat of the car.

In the first Instagram Stories video taken by the KKW Beauty mogul, Kim mouthed the lyrics to Brandy‘s sassy “Who Is She 2 U” — which is about a cheating boyfriend — before grabbing Malika’s attention and announcing “Girls’ trip!”

She then blew a kiss to the camera and showed off the silver teeth grillz.

On Tuesday, reports surfaced that Khloé and Tristan had split after he was allegedly unfaithful to her with Woods, once a model for Khloé’s Good American clothing brand.

Since the news broke, the reality star’s big sis and best friend have loyally remained by her side.

On Wednesday, Khloé was joined by Malika for the opening of PrettyLittleThing’s new store in Los Angeles — her first appearance at a public event following the alleged cheating scandal.

Khloé, who arrived at around 7:20 p.m., appeared to be in good spirits despite the drama. She beamed as she walked into the clothing label’s new West Hollywood headquarters hand-in-hand with her pal after posing for photos on the carpet.

Kim Kardashian Defends Khloé for Appearing at Event Despite Scandal: ‘A Single Mom Has to Work’

After attending the public event, Khloé was then criticized by a Twitter user for “going outside the next day” after “someone cheats on you publicly,” which prompted Kim to defend her younger sister.

“Would you prefer she lose the [money] too? A single mom has to work too boo!” Kim tweeted on Thursday.

“This was a professional commitment planned far in advance and you better believe she is not waiting on anyone to pay her bills or provide for her daughter,” she continued. “PERDIODT!!!”

Woods, meanwhile, has moved back into her mother’s house from Kylie’s home and has been trying to mend things with Khloé, sources tell PEOPLE.

A source told PEOPLE exclusively that she was feeling “really distraught” and though Woods hasn’t spoken out publicly about the scandal, the source said she “knows she made a mistake.”

“Jordyn has been trying to reach out to Khloé, Kylie and everyone else in the family to apologize,” said the source. “She wants to apologize and make everything right.”

Added the source: “She’s completely remorseful. She spent the whole night crying with her mom and sister.”

On Thursday, another source confirmed to PEOPLE that Khloé and Tristan were “100 percent over” after he allegedly cheated on her with their family friend.

“Khloé is doing okay. She’s still upset about what happened and talks about it a lot. But it really seems she is able to see what everyone else has been seeing for so long — that she was always too good for Tristan,” the source said. “She deserves so much better.”

“It’s amazing that she for so long was trying to keep her family together for True. It’s been very challenging for her,” the source added. “But in the end, now that they are 100 percent over, Khloé feels like she did everything she could to be in a relationship with Tristan. Clearly, he doesn’t care about his relationship with her.”

On Tuesday, TMZ and Hollywood Unlocked reported that Kardashian and the Cleveland Cavaliers player had called it quits after he was unfaithful with Woods, who is also a member of the Good American squad, representing and previously modeling for Kardashian’s clothing brand. 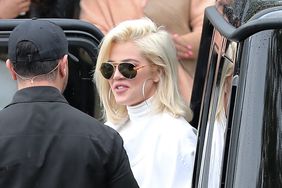 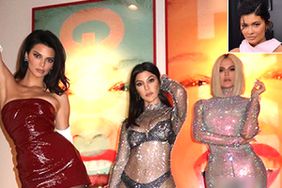