Kanye West and Kim Kardashian's divorce terms were finalized on Tuesday, according to court documents obtained by PEOPLE

Kim Kardashian is feeling "very relieved" that she and Kanye West have agreed to the terms of their divorce, a source tells PEOPLE.

The terms of the exes' split were finalized Tuesday, according to court documents obtained by PEOPLE.

A source tells PEOPLE that the Kardashians star, 42, "didn't want the divorce to go to trial."

They add, "[Kim and Kanye] had several initial disagreements that they were now able to agree on. Kanye ended up agreeing to most of the things that he opposed in the past."

The source notes that Kardashian is optimistic that she and the rapper, 45, will be able to co-parent their children peacefully.

"Although Kim and Kanye share custody [of the kids], Kim is the primary caregiver," the source says. "They agreed that Kanye needs to speak to Kim in private about any complaints and not go public with them. She wants the kids to be protected. Kim hopes the co-parenting will be a bit easier from now on."

A representative for West did not immediately respond to PEOPLE's request for comment.

Under their divorce settlement, West will be required to pay Kardashian $200,000 a month in child support. He will also be responsible for half of the children's medical, educational, and security expenses.

The pair also agreed to settle disputes regarding the children by participating in mediation. However, if either party fails to take part, the other is allowed to make the decision in a dispute by default.

The couple's assets, including their property, will be divided based upon their prenup.

Kardashian and West started dating in 2012 and wed in May 2014. Their marriage landed in crisis at the height of West's public outbursts in 2020 after he launched a controversial bid for president of the United States and divulged deeply personal details about his family and marriage on the campaign trail and on Twitter.

At the time, Kardashian addressed his bipolar disorder diagnosis in a rare public statement, asking fans for "compassion" and acknowledging their "complicated and painful" situation.

Then, Kardashian filed for divorce from West in February 2021 after nearly seven years of marriage. Months later, in December, she requested to be declared legally single. She also asked to separate issues of child custody and property from her marital status and to have her maiden name restored. 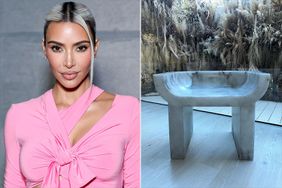 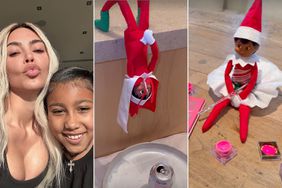