Kim Kardashian is taking a trip down memory lane.

The Keeping Up with the Kardashians star recalled one of her earliest memories with husband Kanye West and his late mother, Donda West, in a sweet tweet Wednesday night.

Responding to a fan who shared a throwback photo of Kardashian West, 38, in a pink velour sweatsuit and said that they’d “love to see Kim bring back Juicy Couture sweatsuits and that LV multicolor bag,” the mother of three opened up about some behind-the-scenes moments from the day the paparazzi image was captured on Sept. 5, 2007.

“Fun Fact- in this pic I was on my way to meet Kanye for his Good Life performance for the MTV Awards,” Kardashian West wrote about the MTV Video Music Awards, held Sept. 9, 2007.

(In a follow-up tweet, Kardashian West confirmed that the outfit could make a comeback. “P.S. I still have this sweatsuit and this bag,” she said.)

“I didn’t really know him but his people called my people lol & I was a girl in the audience at the live performance in Vegas,” she continued.

“I met his mom Donda this same night,” she wrote alongside pink heart emojis.

While the KKW Beauty mogul wasn’t able to get to know Donda deeply before her death, Kanye shared a very close-knit bond with his mother.

Over the years, he has paid tribute to her in interviews, through his music and on social media. In May 2016, Kanye wrote in a tweet on Mother’s Day, “Found this in Mom’s storage. I love and miss you,” including a picture of his late mother’s gold necklace. He also sent a second tweet soon after, sharing a message from Kardashian West: “Thank you for watching over our family. Nori and Kim say happy Mother’s Day … And Saint smiled.”

Although Kardashian West meeting Donda was a milestone moment for the E! personality, it wasn’t until years later that she began a romantic relationship with longtime friend Kanye.

Kardashian West began dating the rapper back in early 2012 — while still in the process of legally ending her 72-day marriage to NBA player Kris Humphries.

“They have been close friends for years and decided to give it a try [with dating],” a source close to the couple revealed at the time.

Kanye made his feelings for her known. In his song “Theraflu,” he sings, “I admit I fell in love with Kim … ‘Round the same time she fell in love with him … That’s cool, babygirl, do your thing … Lucky I ain’t had Jay drop him from the team.” (Kanye was referring to his pal Jay Z, who then owned the New Jersey Nets, the team Humphries played for at the time.)

During a December 2012 concert, Kanye announced to fans that he and his then-girlfriend were expecting their first child together, daughter North, whom they welcomed in June 2013.

Four months after welcoming daughter North, the duo got engaged, tying the knot in 2014 at Forte di Belvedere in Florence, Italy.

They have since welcomed son Saint, 3, and daughter Chicago, who turns 1 on Jan. 15.

And this year, the West family will be adding another little bundle of joy into the mix! The superstars are expecting their fourth child , a son, via surrogate.

As they prepare for their baby boy to make his arrival, the pair is praying together “every day, as a couple,” a source recently told PEOPLE.

“It’s very sweet. They pray for all their children, but they really do spend time talking to God about the pregnancy, the surrogate, the rest of the family,” the source said. “It’s their way of acknowledging that this baby is a gift from God, and that they’re very fortunate to have four gifts now.”

The insider also shared, “During nighttime prayers, the children pray for the baby, too.” 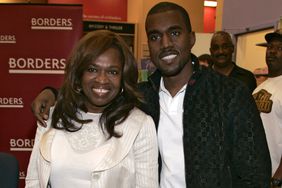 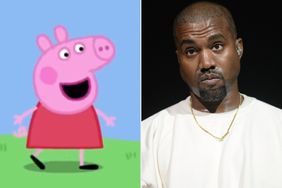