Kim Kardashian West has been open about the complications she’s endured while trying to get pregnant, and now the reality star is revealing that she may have diabetes.

In a promo for the upcoming season 11 of Keeping Up with the Kardashians, Kardashian West – who is expecting a son in December – receives the news during a doctor’s checkup.

“Once you have preeclampsia, you’re at risk of having it again,” her doctor warns her.

The reality star, 34, suffered from preeclampsia – a dangerous condition in which a woman’s blood pressure skyrockets during pregnancy – while carrying daughter North, now 2.

“They saw more fluid than normal in my placenta, which could mean I have diabetes,” Kardashian West tells her sister Kourtney Kardashian and mom Kris Jenner, who looks shocked.

According to the American Diabetes Association, some pregnant women develop gestational diabetes, though the condition usually goes away after pregnancy.

Kardashian West and husband Kanye West, 38, tried hard to expand their family for over a year before the couple finally conceived using IVF treatment, but on Kardashian West’s natural cycle, without hormones.

A source close to the star told PEOPLE in June the Wests are expecting a high-risk delivery “but are prepared.”

The expectant mom recently opened up to C magazine about her fertility struggles, saying that her strict schedule around her ovulation took “the fun out of” getting pregnant.

The reality star also discussed her true feelings on pregnancy in a post on her website earlier this month.

“I’m gonna keep it real: For me, pregnancy is the worst experience of my life! LOL,” she wrote. “I don’t enjoy one moment of it and I don’t understand people who enjoy it. My mom and Kourtney clearly did! More power to them but I just don’t relate!”

That being said, all the struggles come with a special reward: “Really, it is all SO worth it when you have your precious baby in the end,” Kardashian West wrote.

Kim Kardashian West: My Fertility Struggles Took 'the Fun out of' Trying to Conceive 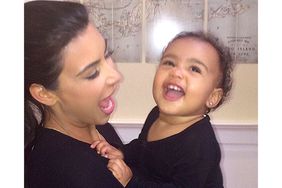 Kim Kardashian on 'KUWTK' : 'I Might Have to Look into Having a Surrogate'

Kim Kardashian West 'Anxious' for Delivery As She Reveals Baby Is Breech: 'I Have Been Doing Everything I Can to Try to Turn' Him 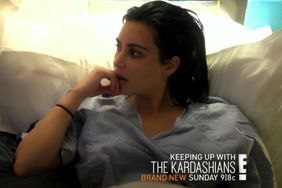 Kim Kardashian Is Trying for Baby No. 3! But Doctors Warn It's Not Safe