Kanye West is getting stronger following a brief visit to the hospital over the weekend.

The rapper, 41, has been battling the flu and was taken by wife Kim Kardashian West to a hospital in the San Fernando Valley for a “short time” on Sunday, TMZ reported.

Reps for the star did not respond to PEOPLE’s request for comment, but a source close to the couple tells PEOPLE that Kanye is recovering well.

“They ran some tests at the hospital and Kanye got some medications,” the insider said. “He is doing better now. He just needs to rest for a few days and he should be good to go.”

So what prompted the trip to the hospital? Apparently, Kim insisted because the couple’s 2-year-old son Saint was hospitalized for pneumonia in January.

“Kanye had been sick for a few days and didn’t get better,” the source explained. “They wanted to make sure that he didn’t have something serious like pneumonia since they had that scare with Saint before.”

The “Flashing Lights” rapper rocked a classic black tuxedo, Kim, 37, was right by his side, looking glamorous in a glittery gold minidress.

Daughter North, 5, has been helping her dad heal.

“I can still feel the love,” Kim tweeted on Tuesday morning, sharing a photo of North giving Kanye a sweet kiss on the cheek.

News of Saint’s hospitalization, meanwhile, broke in January — nearly a month after his second birthday.

The tiny tot was hospitalized for three days due to the illness, and then recovered at home.

“My precious baby boy is so strong!” Kim wrote on Instagram. “After spending three nights in the hospital & seeing my baby get multiple IV’s and hooked up to oxygen machines, our end of year was challenging. Pneumonia is so scary.”

“I just want to thank every nurse & doctor out there who works so hard around the clock,” the KKW Beauty mogul continued. “We are so grateful for you all! He’s home and all better. He’s so resilient I’m sure he will still say the ambulance ride was cool! My strong Saint 👼🏽” 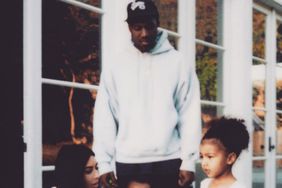 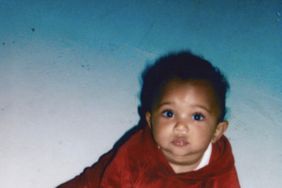 Kim Kardashian Says Son Saint Is a 'Genius': 'Had to Brag For a Sec!'

Kim Kardashian Brings Kanye West to the Hospital for the Flu: Report 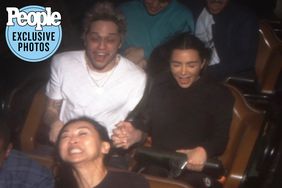