"Anyone who has this or has a loved one in their life who does, knows how incredibly complicated and painful it is to understand," Kim Kardashian West said in a statement

Kim Kardashian West has spoken out after husband Kanye West posted a series of alarming tweets this week, including since-deleted claims about himself and his family.

On Monday night, he tweeted allegations that Kardashian and her mom Kris Jenner had tried to "lock him up," and on Tuesday night, he claimed that he had been considering divorcing his wife. A source recently told PEOPLE that West's tweets, which coincide with his attempt at a presidential run, come amid a new cycle in the rapper's bipolar disorder.

Kardashian, 39, addressed the news in a lengthy note posted to her Instagram Story on Wednesday morning, asking fans for "compassion" as she publicly addressed her husband's diagnosis.

"I understand Kanye is subject to criticism because he is a public figure and his actions at times can cause strong opinions and emotions," she continued. "He is a brilliant but complicated person who on top of being an artist and a black man, who experienced the painful loss of his mother, and has to deal with the pressure and isolation that is heightened by his bi-polar disorder. Those who are close with Kanye know his heart and understand his words sometimes do not align with his intentions."

West, 43, seemed to reference his wife's statement before it was released, tweeting late Tuesday night, "Kriss and Kim put out a statement without my approval ... that's not what a wife should do." (He has since deleted the post.)

On Monday, the rapper asked both Kardashian and Jenner, 64, to contact him, claiming on Twitter they were trying to "lock me up."

"Kim was trying to fly to Wyoming with a doctor to lock me up like on the movie Get Out because I cried about saving my daughters life yesterday," he tweeted, referring to his comments about daughter North during his first campaign rally over the weekend. (He announced July 4 that he was running for president in the 2020 election.)

"Kriss don't play with me you and that calmye are not allowed around my children Ya'll tried to lock me up," he continued, seemingly referring to his mother-in-law and her boyfriend Corey Gamble. A few minutes later, he added, "Kim tried to bring a doctor to lock me up with a doctor."

West — who was in Wyoming as of Tuesday — touched on other subjects in the Twitter spree, and mentioned Kardashian's 2007 profile for Playboy, declaring that his children would never pose for the publication. "I put my life on my God that Norths mom would never photograph her doing playboy and that's on God I'm at the ranch ... come and get me," he wrote.

The tweets continued on Tuesday night, with the rapper tweeting that he had been looking to end his marriage since November 2018, when Kardashian consulted with rapper Meek Mill during a criminal justice reform summit.

West also called out Jenner — whom he nicknamed "Kris Jong-Un" — tweeting: "Kriss and Kim put out a statement without my approval ... that's not what a wife should do."

West's string of tweets come after he brought up his eldest child during his rally on Sunday, when he said that he and Kardashian considered getting an abortion after she found out she was pregnant in 2012.

"In the Bible, it says, 'Thou shall not kill,' " he said. "I remember that my girlfriend called me screaming and crying, and I was just thinking, because at that time I was a rapper I was out there, [had] different girlfriends and everything ... and she said, 'I'm pregnant.' And I said, 'Yes!' And then I said, ‘Uh oh.' "

"Even if my wife wants to divorce me after this speech, she brought North into the world even when I didn’t want to," he continued. "She stood up and she protected that child."

On Tuesday, a source told PEOPLE that Kardashian wasn't happy about her husband's overnight tweeting, including the claim that her mother can't see their four children.

Representatives for Kardashian and West have not responded to PEOPLE's requests for comment.

According to the source, Kardashian "couldn't believe that he tweeted all of that."

"She feels that it's disrespectful, not only to her, but her family. She feels that she has been nothing but respectful to him throughout their marriage. She has stood beside him again and again, no matter how ridiculous it seemed. And if she didn't like what he was doing or if she disagreed with the things he said, she kept her mouth shut," the source said. "She's at the end of her rope and trying to decide what to do next.”

Still, the source said the star is sensitive towards her husband, who seemingly confirmed that he had been diagnosed with bipolar disorder in 2018. After he announced his intention to run for president, PEOPLE learned that those in West's inner circle were concerned about his mental health.

"She wants him to get well, she doesn't want him to be like this," the source said. "She's really upset right now." 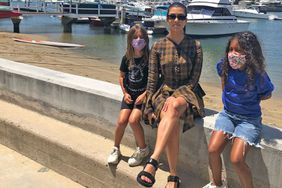 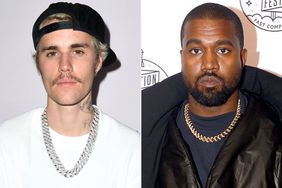 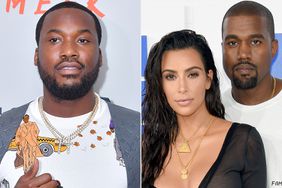 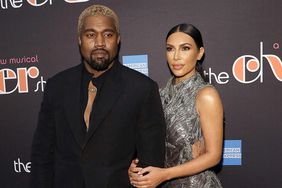