As executive producer, Kim Fields asked Lisa Whelchel, Mindy Cohn and Nancy McKeon to appear in You Light Up My Christmas

It’s the season for nostalgia, and Kim Fields is here for it!

In her upcoming Christmas movie, You Light Up My Christmas, Fields will reunite with former Facts Of Life costars Lisa Whelchel, Mindy Cohn and Nancy McKeon in the film, premiering Dec.1 on Lifetime as part of the channel’s “It’s a Wonderful Lifetime” programming.

Fields, who starred as Dorothy “Tootie” Ramsey in the series from 1979 to 1988, said she was eager to work with her “sisters” again.

“My Facts of Life sisters, as executive producer, I was able to just call some folks,” the actress told PEOPLE at the It’s a Wonderful Lifetime Holiday Movie Press Junket on Tuesday. “But also, just from the standpoint of, this time of year, this season of family, and nostalgia, and memories, and I said, you know, I’d love to create a series of sequence in a couple of scenes, where we are together. Starting that off with the location that we find these girls in, the ladies, it’s the ice skating rink called Charlotte’s. I asked production and the network to name it Charlotte’s for Charlotte Rae, who passed last year.”

Rae played Edna Garrett on both The Facts of Life and Diff’rent Strokes. She died in August 2018 at the age of 92.

“Then, the girls, they just said, they were first of all, just so proud of me, and they were just like, ‘Yeah, I’m in, whatever it is.’ Then, to be able to say, ‘Well, what do you want to do? What kind of role do you want to play? What kind of character do you want to be?’ They’re like, ‘Really? For real? Yeah, I’d like to do this. Can my character be named after my grandma?’ All sorts of things that would just make it fun for them, and at the same time, great little moments, and extra Christmas gifts of whimsy and magic for the fans, and just that sentiment of family, you know? And some inside jokes for fans.”

Charlotte Rae, Mrs. Garrett on Facts of Life and Diff’rent Strokes, Dies at 92 After Cancer Battle

Though the series wrapped over 30 years ago, the costars are closer than ever.

“Well, we’ve been around each other all the time,” said Fields, 50. “Not all the time, but from the time we started living life after the show ended, to now, we certainly have seen each other, hung out together. Fans, they love when they see us hanging out together. Nancy and I went to a Michael McDonald concert last year in New York. Lisa and I did some promotional stuff in Toronto last year. Mindy and I had a pizza party the last time I was here, for a press tour for another project, so we see each other, so it wasn’t like a, ‘Oh my gosh!’ If anything, that comes into play when we see the kids, when they see their nephews, my kids, or that sort of thing, or Lisa’s daughter, who is pregnant now, and she was on set. Working together, the three of them are still incredibly wonderful actors.”

You Light Up My Christmas, inspired by true events, tells the story of Emma (Fields), who returns to her hometown, built around her family’s pioneer Christmas factory, two weeks before Christmas.

To her horror, she finds that the lights in the once festive town have gone dim — prompting her to reconnect with a former flame (Adrian Holmes) and reignite the town with holiday cheer.

Having been a part of the entertainment industry for years, Fields said she resonated with her character in a special way.

“Back in the ’90s, my light was barely there, because life had just, I just felt like life had just kept knocking me down, and knocking me down,: she said. “Divorce, and my series was ending, and just not where I … It’s like one of those, you look and go, ‘Whose life is this? I didn’t sign on for this.’ There’s that, and then as you start to connect your light with others, or listen to someone else’s story about their light, and that helps you turn yours a little brighter, and you get inspired, and you get hopeful.” 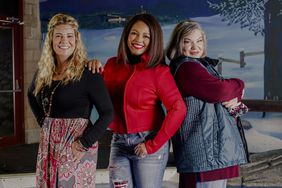 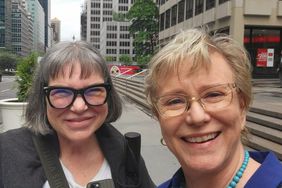 Eve Plumb and Mindy Cohn Reunite in NYC: 'Love It When She Visits' 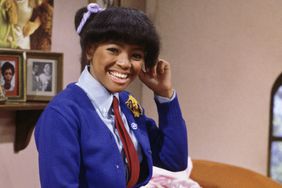 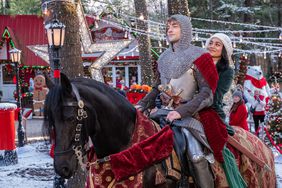 'Tis the Season! A Complete List of Christmas Movies Coming to Hallmark, Lifetime & More in 2019 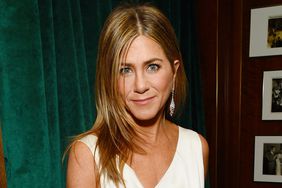 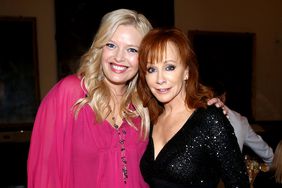 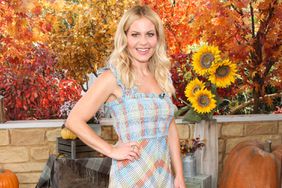 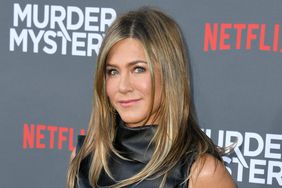 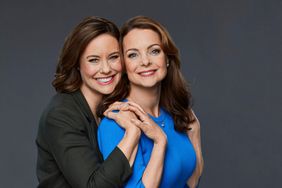 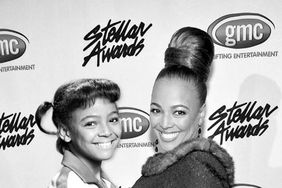 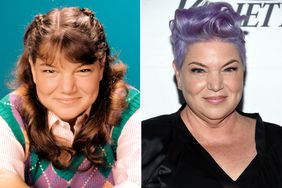 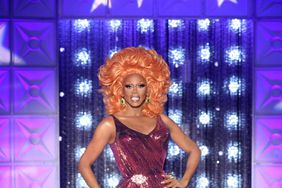 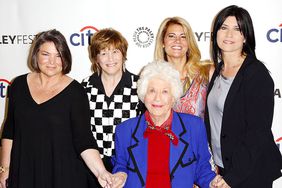