Khloé Kardashian and Tristan Thompson haven't been photographed together since January

Ten months after Khloé Kardashian‘s world was rocked by Tristan Thompson‘s cheating scandal, their relationship status is under question.

Last April, Thompson, 27, was photographed getting close to another woman just days before Kardashian, 34, gave birth to the couple’s daughter True. Though the Keeping Up with the Kardashians star forgave the Cleveland Cavaliers player and stuck by him, it appears things have taken a turn for the worse in recent weeks.

Here’s all the signs the couple may be in trouble.

They didn’t spend Valentine’s Day together.

While Thompson sent Kardashian flowers for Valentine’s Day, the couple didn’t celebrate together — and Kardashian was noticeably absent when the basketball player was spotted partying in L.A. that weekend.

They haven’t been seen together in over a month.

Though Kardashian celebrated Halloween, Thanksgiving and New Year’s Eve with Thompson, their public outings have abruptly halted since then. They were most recently seen together on Jan. 13, when they stepped out for dinner at Craig’s in West Hollywood following the Cavaliers’ game against the Los Angeles Lakers.

She hasn’t moved back to Cleveland.

Kardashian and Thompson spent the summer in Los Angeles working to rebuild their relationship — but by the fall, sources revealed they had hit another rough patch as Kardashian decided to put her and True’s move back to Cleveland, where Thompson lives during his basketball season, on hold indefinitely.

“Things are still quite up in the air between them,” a source told PEOPLE in October. “Things seem more unstable in the relationship right now. But she’s taking it all in stride.”

A second source said Kardashian was still making up her mind about how to move forward.

“Khloé isn’t saying that she and Tristan split. It seems she hasn’t decided yet what she wants to do about their relationship,” the source said. “And she seems fine about this. Her family is happy that she is still in L.A. and wants her around for as long as possible. No one is pushing for her to go back to Cleveland to be with Tristan. This will be her decision to make.”

By November, when Thompson’s cheating scandal began to unfold on KUWTK, a source told PEOPLE that Kardashian had been having a “really tough” time and “still has a lot of hurt and anger” toward him.

Kardashian has been known to share inspirational quotes and messages with her fans on social media — and lately, many of them seem to be alluding to her relationship with Thompson.

Last month, she posted a poignant quote about being repeatedly hurt on her Instagram Story that read: “There will be some things you won’t get over. Some things that will sting you so hard they will set you back to where you started. And you will hurt and hurt and hurt. But you will also rise from it. You will learn from the past. You will adapt and survive no matter how hard it gets. You will shape your own reality and accept how you should never settle for anything less than you deserve.”

In another slide, Kardashian posted about healing privately, sharing the following quote: “Sending love to everyone who’s trying their best to heal from things that they don’t discuss.”

Last but not least, she hinted at tough times with a quote that read, “I wish I had the time for the nervous breakdown I deserve.”

And this week, she posted a glamorous shot of herself, captioning it with a notable lyric from Big Sean‘s “Memories.”

“Are you willing to give up what you love, for who you love?” she wrote.

Though sources haven’t confirmed whether Kardashian and Thompson are over, one insider told PEOPLE last week that Kardashian “rarely talks about” Thompson.

“Khloé and True are happy in Los Angeles. They spend very little time in Cleveland, where Tristan is,” the source said. “She very much acts like a single mom.”

The source added that Kardashian’s 10-month-old daughter is her main focus.

“Her whole life is True,” the source said. “Khloé is a great mom. It’s so obvious how much she loves being a mom.” 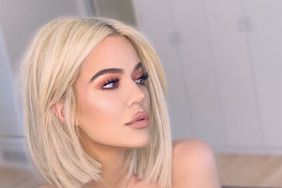 Trouble with Tristan Thompson? Khloé Kardashian Posts About Giving Up 'What You Love' 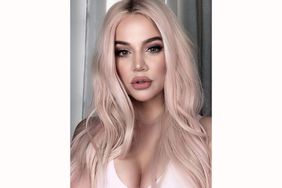 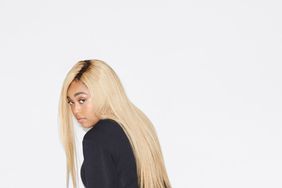 Khloé Kardashian Says 'Relationships Should Help You, Not Hurt You' Amid Trouble with Tristan