Two more men have come forward accusing Kevin Spacey of sexual misconduct, telling PEOPLE that Star Trek: Discovery actor Anthony Rapp alleging that Spacey made inappropriate sexual advances towards him when he was just 14 inspired them to go public, too.

A representative for the 58-year-old House of Cards star told PEOPLE that Spacey is “is taking the time necessary to seek evaluation and treatment.”

Kris Nixon, a 30-year-old bartender from Belfast, Northern Ireland, says he was working at the Lounge34 cocktail bar in the Waterloo district of London, where Spacey frequented while serving as artistic director of the Old Vic Theatre. (The bar has since closed.)

Nixon says he was invited to a party at Spacey’s apartment with a female friend in June 2007. There, he says, “Spacey plonked himself down in the seat next to me, stared at me for a few seconds in a really weird way, while I’m sitting thinking ‘Kevin Spacey is sitting on the sofa next to me. That’s weird. How has this happened?'”

“Then he looked back towards my friend and said to me ‘Is that your girlfriend?’ I made the sort of universal hand signal for yes and no, and he reached over and grabbed my d— through my jeans and said ‘I can blow you better than her,'” he alleges. “He had only been there for three maybe four seconds. I was just stunned by the whole thing. I didn’t reply. I didn’t say s—. I just stood up, went over to her and said, ‘Look, we’ve got to go’, and we left. There were between a dozen to 20 other people there — a lot of people. You’d think that people working in that theatre would know what he did.”

A spokesperson for the Old Vic previously said in a statement that “no complaints were made against him.”

“I was completely bewildered. I didn’t walk away thinking, ‘I’ve just been sexually assaulted.’ It was more a case of ‘That was an incredibly weird thing to happen’. Then, the more I thought about it, the more I came to realize ‘He just grabbed my d—-. That just really happened. What the hell do I do with this information?'” Nixon says.

As for why he didn’t report Spacey to the police, Nixon says, “It was my word against his, and who is going to believe me? I didn’t know if anyone else saw him. Plus, everyone else at the party was either a friend or colleague of his.”

A couple weeks later, Nixon says he was in Lounge34’s basement stockroom: “I heard some footsteps on the wooden stairs behind me. I glanced back and it was Spacey.”

“He reached forward and grabbed my belt waistband and my trousers. He mumbled something about, ‘Sorry about last week. I can make it up to you.’ I burst him off and charged past him. I went upstairs thinking, ‘This is my place of work. I can’t cause a huge scene. And this is Kevin Spacey. A lot of the bar’s business is based on VIP customers. So it just can’t happen.'”

Why go public now, in an interview with The Sun?

“I just brushed it off as some drunk guy did something inappropriate. It just happened to be Kevin Spacey. Whether he misinterpreted something, I don’t know,” Nixon tells PEOPLE. “Last week when I saw Anthony Rapp speak out, I thought, ‘No it’s not that. It’s a series of behavior. He’s a predator. It’s not just an incident.’ I believe he thinks that he could get away with things — or thought that he could get away with things — because of who he was. And you know what? He did.”

Former Marine Mark Ebenhoch experienced a similar revelation, deciding to tell Buzzfeed how Spacey’s assistant allegedly asked him “to engage in a sexual act” with the actor on the set of the 1995 movie Outbreak, on which he was a military adviser and had a small role. (A representative for Warner Bros. had no comment for Buzzfeed.)

“Within minutes of Buzzfeed breaking the story on Rapp I thought, ‘Oh my God. I’m not the only one,’ ” Ebenhoch, 58, tells PEOPLE. “Then you have the cavalcade and entire rush of memories. I went right back to the moment of that incident and thought I’m not the only one. Oh my God. I’m vindicated. And I wasn’t the only one that sat there and said, ‘This is creepy.’ Or had all those feelings of violation, indignation. I’ve read a lot of the feedback from people saying, ‘Well why didn’t they come forward [when it happened]?’ And I want to scream. People need to be in somebody else’s shoes before you react to what people do years later on these kind of things.”

“This was something I carried around for 23 years. I went on with my life, and at that point in my life I was still closeted. I was still in the military. I could have lost my military career, and it did hurt my film career when I did the article with the New York Times three years later,” says Ebenhoch, who came out as gay in a 1996 Times story.

He adds that the alleged incidents have nothing to do with the victims’ sexuality.

“Gay, straight, male, female. It makes no difference,” he says. “This is about behavior and when people in power abuse that relationship or that stature they have to gain things from other people. It’s disgusting.”

As Nixon, the U.K. bartender, tells PEOPLE, “I owe Anthony Rapp a beer.”

After Rapp’s account was published in Buzzfeed, Spacey issued a statement saying he doesn’t remember the alleged incident, apologizing for “for what would have been deeply inappropriate drunken behavior” and announcing, “I choose now to live as a gay man.”

More than a dozen other men have now come forward with their own allegations of sexual misconduct by Spacey, including actor Roberto Cavazos, Oscar winner Richard Dreyfuss’ son Harry and eight House of Cards employees.

(Spacey’s lawyer has yet to respond to any of the new accusations, but Netflix, the streaming service that airs the political drama, has since dumped the actor from the network.) 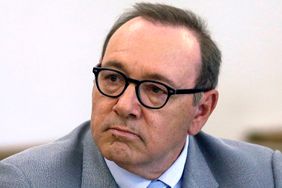 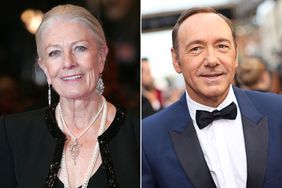 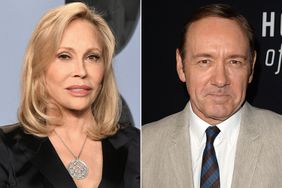 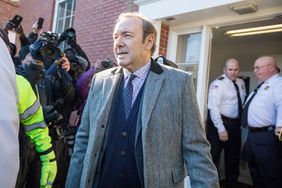 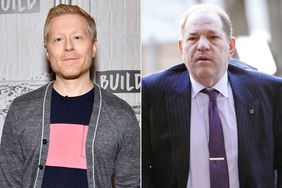 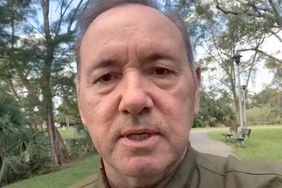 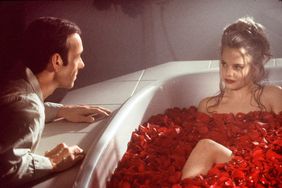